WARSAW- Flying from Newark’s Liberty Airport with 231 passengers and crew on board, a LOT Airlines Boeing 767 made an emergency landing at Warsaw’s Frederic Chopin International Airport. This happened Tuesday afternoon after trouble was reported with the landing gear. Captain Tadeusz Wrona, 54, along with the flight attendants was hailed heroes, as no reported injuries occurred in the emergency evacuation. Passengers were seen fleeing from the airplane after it came to a stop in the foam.

The skill of the captain was heralded as sensational as he struggled to keep the nose up. “All safety procedures worked perfectly fine and, thanks to this, nobody was injured,” said Leszek Chorzewski, spokesman for the Polish air carrier LOT.

LOT Flight # 16 could not extend its landing gears at 3,000 feet while approaching runway 33 and Wrona requested clearance for an emergency landing. Visual verification by fighter aircraft showed none of the gear struts (three) were down. 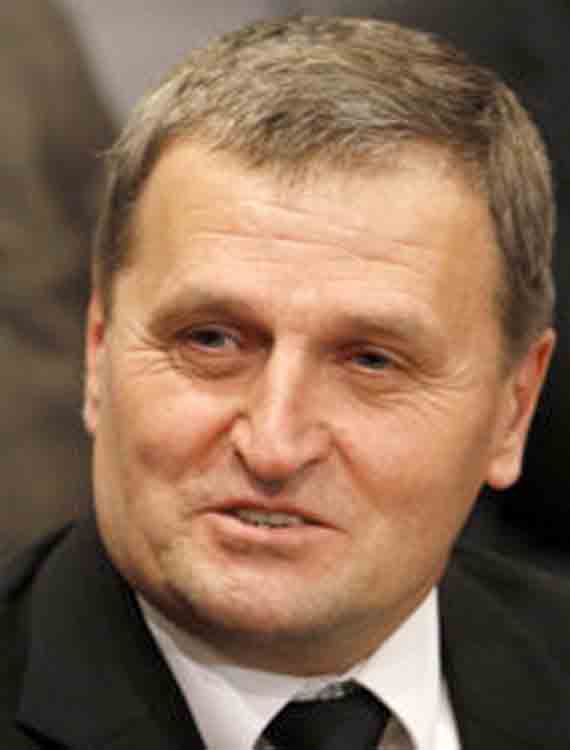 The pilot knew four hours out that he would not have hydraulics for landing. Many on board had thought the problem had been corrected because Captain Wrona handled the descent and landing so smoothly. They thought that the plane had landed on its wheels.

Co-pilot Jerzy Szwarc said Wrona was very calm. “We had just had emergency touchdowns during training on a flight simulator,” he said.

There was no visible fire but rescue personnel dosed the plane with water and foam as a precautionary measure. Passengers were evacuated from the plane, which had circled and dumped fuel before the wheels up landing. Later it was determined that the plane had experienced a central hydraulic system failure. “They circled the 767 above the airport for about one hour before descending without lowering the wheels,” said Przemyslaw Przybylski, a spokesman for the Warsaw Chopin airport.

Live Polish television footage showed the plane landing on its belly. The runway had been covered with flame retardant foam and some sparks were seen as the aircraft met the runway. Formerly called Warsaw-Okecie International Airport, it remained closed for all other flights until Thursday morning.

He had said a small fire occurred and throughout the ordeal he remained confident he could keep everyone safe.

“I was praying for the pilot not to lose control because we started to make circles over the airport. It was terrible,” passenger Teresa Kowalik told the assembled reporters at the airport. “We owe everything to the pilot. He really did a great job.”

LOT airlines president, Marcin Pirog, told reporters that Captain Wrona and co-pilot Jerzy Szwartz carried out a “perfect emergency landing,” which prevented anyone from being injured. There were 11 crew total and 220 passengers.

“It is the first time a LOT plane had to land without the landing gear out,” Pirog said, adding that such landings do not always end well. Flights which had been scheduled to land in Warsaw had been diverted to Lodz, Gdansk and Krakow.

“When I stopped on the runway, I still was not sure that everyone was safe because smoke and some burning from friction appeared on the ground,”‘ Wrona told news media at a press conference Wednesday morning. “I felt huge relief when the lead purser reported that the plane was safely evacuated. The crew did a wonderful job.”

“Talk of heroes is an exaggeration,” Wrona added at the press conference. “I’m convinced that any pilot would have done the same as I did.”

Wrona tried to extend the landing gear numerous times after an on-board computer indicated a hydraulic fault. He had flown the same plane some 500 times and had “never had any difficulty” with the wheels, he said. “This is the first time the undercarriage did not open,” Wrona added. “I will pilot it again with pleasure because it is one of the newest planes in the LOT fleet,” Wrona added. “I hope it can be repaired. These are very well-made planes.”

Pirog said that Wrona was one of LOT’s most experienced pilots and had been flying Boeings for 20 years. He is also skilled in flying gliders, and it was suggested that may have helped him make such a successful emergency landing. LOT handles about 400 flights and transports 25,000 passengers daily through Warsaw.

A grateful passenger, Tadeusz Karasinski said, “Everyone remained calm and practiced emergency landing positions after being notified by the flight attendants that we would crash land some 35 minutes ahead of time. “There was no hysteria,” he added.

The belly landing was reminiscent of the January 15, 2009 “Miracle on the Hudson” ditching of U.S. Air Flight # 15409 with Captain Chesley Sullenberger. ‘Sully’ was also an experienced glider pilot. The entire crew of Flight 1549 was later awarded the Master’s Medal of the Guild of Air Pilots and Air Navigators. The award citation read, “This emergency ditching and evacuation, with the loss of no lives, is a heroic and unique aviation achievement..” ………….From the City of London, England.

“All the television video will make for a great safety training aid,” Bruce Heiss, a retired DTW Northwest Airlines pilot added. “Incidents of total landing gear failure involving modern airliners are extremely rare, given the number of backup systems that should kick in when a particular component fails,” he continued. “At the very least, the gear doors should open so the wheels descend by gravity or free fall,” he concluded.

Meanwhile, a team of Boeing experts from Seattle arrived in Poland to help remove the plane from the runway and to inspect its technical condition.