In Whitwell Middle School, Tennessee, the project Paper Clips has been taught since 1998 when eighth grade students began an after-school study of the Holocaust. The initial goal of this study was to teach students the importance of respecting different cultures as well as understanding the effects of intolerance. As the study progressed, the sheer number of Jews who were exterminated by the Nazis overwhelmed the students.

Six million was a number that the students could not remotely grasp, all the while in their own state of Tennessee there are just over 6 million residents.

The students came up with the idea to collect something to help them understand the enormity of this number of human beings exterminated. The students got permission from Linda M. Hooper, the school principal, to begin a collection, with the condition that they find something to collect that would add meaning to the project.

After some research on the Internet, the students decided to collect paper clips.

According to Wikipedia, Johan Vaaler’s paper clip was less functional and practical, because it lacked the last turn of the wire and Vaaler probably did not know that a better product was already on the market, although not yet in Norway. His version was never manufactured and never marketed, because the superior Gem was already available.

That historical inaccuracy, however, did not matter to the Whitwell Middle School students who began bringing in and collecting paper clips. They wrote letters to famous people asking for a paper clip; they wrote letters to Holocaust survivors, to companies, to institutes, to anyone who came to mind and it worked. Additionally, the students asked people to share their reasons for sending a paper clip.

To date, more than 30 million paperclips have been sent to Whitwell Middle School and they have already stopped counting them. In addition, the project has received over 30 thousand letters, documents, books, and artifacts, all have been counted and catalogued by the students and are on display in the Children’s Holocaust Memorial Research Room located at the school.

The paper clip collection has become a part of the “Children’s Holocaust Memorial” created by the students, school staff and the Whitwell Middle School community. The Memorial contains 11 million paper clips housed in an authentic WWII German transport car, used to deliver Jews to their death in the Nazi Concentration Camps. The paper clips are honoring the lives of all the people murdered by the Nazis, 11 million in total. And eleven million other paper clips are contained in a monument honoring the children of the Holocaust.

Both the number eighteen stands for Chai=Life in Hebrew also stands for a butterfly, the Christian symbol of resurrection and renewal, both in memory of the 15,000 children who perished in of Terezin-Theresienstadt concentration camp, enhance the grounds around the rail car. [Wikipedia]

Fifteen thousand children under the age of fifteen passed through the Terezin Concentration Camp. Fewer than 100 survived. In the book “I Never Saw Another Butterfly: Children’s Drawings and Poems from the Terezin Concentration Camp, 1942-1944” that consists of poems and 60 color illustrations, drawn by the young inmates, we see the daily misery of these uprooted children, as well as their hopes and fears, their courage and optimism.

For Whitwell Middle School students, past, present and future, a paper clip will never again be just a paper clip. Instead, the paper clip is a reminder of the importance of perseverance, empathy, tolerance, and understanding.

The butterflies at Whitwell Middle School Children’s Holocaust Memorial tell the world that they have transformed a German-Nazi death car from a symbol of hate and intolerance to a symbol of the power of love to overcome hate and today the saying ‘Never Again’ is on their watch.

In continuation of the idea that tolerance and respect of others can be manifested by the young and the teaching that change and goodness begins with the individual, the educational project C.H.I.P-Western Civilization Heritage Israel Program, is sponsoring a trip to Israel of a group of Whitwell Middle School’s students.

Since a paper clip links and holds things together, C.H.I.P is now acting as another link in the Paper Clip Project’s network.

The C.H.I.P Foundation is teaching youths how they are linked to youths in Israel and how important this link is, clipping all that hate together and getting rid of it, C.H.I.Pping away at ignorance while linking youths together.

Linda M Hooper on Paper Clips & C.H.I.Pping Away at Ignorance: 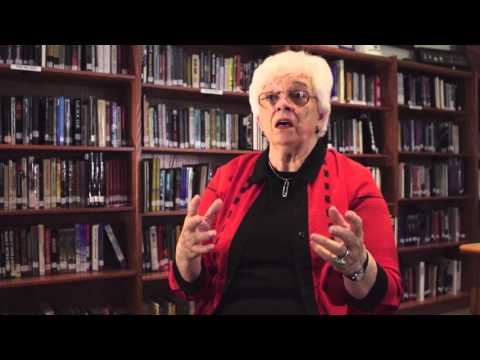 The C.H.I.P. (Western Civilization Heritage Israel Program) Foundation’s mission is to build bridges of hearts, minds and souls, teaching young generations the values of Western Civilization and harmonious coexistence. C.H.I.P trajectory is a Lesson in Humanity.

There in Israel, the young students will learn about a dynamic, modern country of a nation owning 4000 years of Jewish history in that land that has revived itself in its ancient land while the ashes of the Holocaust were still sizzling.

C.H.I.P’s vision is to make and continue making an everlasting impact on the entire world, starting with a group of young students from Whitwell Middle School In Tennessee.