Memorial Day is a time to remember the military men and women who gave their lives so all Americans can have the things they have today.

Behind those who gave their lives are families, support groups, and thousands of volunteers.

A grant, funded by Chase and LivingSocial could propel one of those support groups forward, and all it takes to get in the running, is a vote. Currently, 106 votes short of qualifying. See Below for how to vote:The vote must be recorded before the end of June.

Thank you. I hope you can help get thousands of votes for Talking With Heroes.

Talking With Heroes is a special military organization. It was founded by Bob Calvert, a selfless man who lives to support the military. Talking with Heroes Talk Show Program is special because it allows our Military to have a voice and for them to be heard.

The grant could boost Talking With Heroes to a new level, improving support for military men and women and support groups. The grant would also end the constant need for fundraising, and allow more time for supporting.

And it only takes a Vote! An investment of only a few minutes of time, and a willingness to tell others about this story.

NewsBlaze accompanied Talking With Heroes to a number of events, including a visit to Walter Reid Hospital, to video interviews with the wounded, organized by Solders’ Angels.

Talking With Heroes tells the mostly unheard stories of the Troops, Families and Veterans.

As well as a huge number of engagements within the US, Talking With Heroes made five trips to Iraq and three to Afghanistan with the troops. Bob has interviewed hundreds of military personnel, veterans, Gold Star Families, Wounded Warriors, Military Support and Veterans Groups from all across America, from 2006 – 2012.

Two more videos of interviews with American Legion Leaders at one of their National Events were just added to the Youtube channel.

A special thanks to CHASE and LivingSocial, for the opportunity to support the troops, through Talking With Heroes. 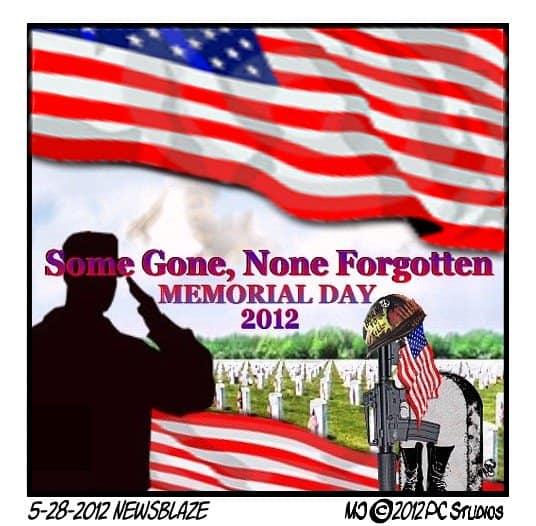