Five years ago, most Syrians would not have considered how they would fit in context to United Nations Millennium Development Goals such as “Poverty and Hunger.” Of course, like most countries, Syria certainly has always had people living in poverty. However, extreme hunger was not widespread and people were not dying of starvation.

In 2014, the picture changed in Syria due to the Syrian War. Before the war, Syria had a population of 22.5 million people. Approximately 2.5 million Syrians have now fled to neighboring countries and are living as refugees. The number of refugees could even be higher, because it is known that there are refugees in Lebanon and Libya that have not formally registered with the UN.

There are more than 9 million Syrians who are displaced inside Syria and 34% are under the age of 15 years old, in keeping with Syria’s population demographics. Displaced Syrians may be living in abandoned buildings, tent encampments, or worse, on the streets. Families are often a mother with children, an older sibling taking care of younger siblings, or a father may be involved, possibly because he has some sort of injury or disability.

Displaced Syrians Are Destitute And Prime Candidates For Malnutrition

The “diet” of the displaced is not a diet that any human being should eat, certainly not a diet anyone would want to eat. They are more often than not eating animal fodder, leaves, and small animals if they can be caught. A special fatwa has been pronounced by the Syrian Muslim Imam leadership allowing starving Muslims to eat cats and dogs which normally would never be even thought of.

Lack of nutrition correlates with children who have health conditions that are diet related. The worst case scenario is lack of nutritious food will continue to cause starvation and thousands of Syrians who are displaced or besieged will keep on dying because they are not getting enough food to eat. This is the obvious repercussion. 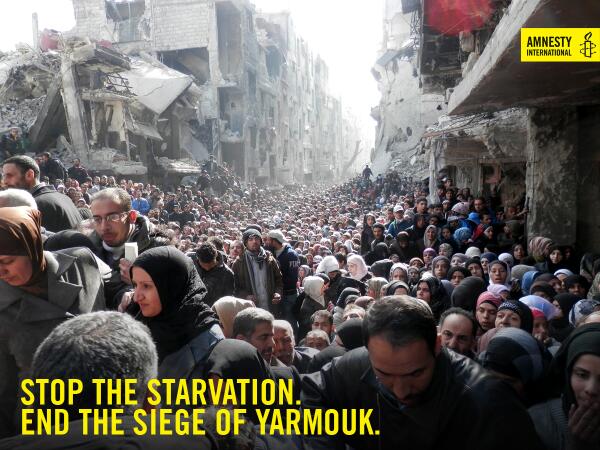 As bad as that may be, malnutrition causes other serious issues that are not so obvious. When someone starts talking about malnutrition, the first things that come to mind are hunger and loss of weight. Malnutrition is also directly correlated to stunted growth and/or low body weight in women. And it also relates to maternal health, both prenatal and postnatal.

Why Worry About Malnutrition And Maternal Health When There Is A War To Win?

Women are at higher risk of an adverse pregnancy outcome when malnourished, which could cause the death of mothers during pregnancy or childbirth. The highest risk population are young women, including adolescents age 13-18 years old, as they struggle with so many issues. Only one of the issues on these young adolescents’ minds is getting enough nourishment every day. In some countries, they are thinking about dating, in other countries they are thinking about marriage and babies.

Marrying Young Is An Indicator For The Cycle Of Malnutrition

In Syria, a local council member told me “we like to marry young.” The legal marriage age in Syria for a male is 18 years and for a female it is 17 years old. However, according to the 2011 UNICEF Gender Equality File in Syria, marriages can be authorized for girls at the minimum age of 13 and boys at the minimum age of 15 years of age. It is these cases of authorized marriages of underage girls where there is the highest risk of prenatal and postnatal maternal health issues.

What this means is young women often have several children at a very young age when they are really children themselves. These new mothers face many issues – in addition to the most obvious which is a body that is still growing and changing. One of the most important things that a new mother can do for their baby is breastfeed. In developing nations, insufficient breastfeeding is a huge problem as it impacts the infant’s health and the mother’s ability to afford infant formula (aka baby milk).

There are several reasons for insufficient breastfeeding by young girls, however, according the 2010 report on gender, nutrition and agriculture, lack of knowledge about nutrition is a key factor. In developing countries, girls traditionally eat last and eat less. Not always because they are less hungry, but because there is less food left for them to eat after everyone else has had their share.

The cause of hunger in Syria is different than it is in many countries but the outcomes are the same. With all the factors going against them, the babies that are born into this generation may grow up to be a low-weight, height stunted teen who becomes a malnourished young woman married and then the “Cycle of Malnutrition” begins again.

In Syria, stopping the “Cycle of Malnutrition” requires a several pronged approach.

The restoration and rebuilding of Syria will be a long process. The children of Syria cannot wait another year, another month or even another day to see changes made.

Stop the starvation of #Yarmouk. Last chance to sign our petition, we hand in at UN next week. http://t.co/FZslZGfZbS pic.twitter.com/7sd5WFmCh0