Over the last few years we have seen an increase in “unusual” viruses appearing, like SARS and more recently Avian flu, all of which have caused fears of a potential “pandemic.”

The latest outbreak in Mexico of “Swine Flu” is perhaps the most worrying yet, because of the number of deaths already seen and its apparent ability to spread quickly to other countries.

As the name suggests “Swine Flu” is a virus that normally affects pigs, or occasionally humans who have had close contact with pigs. However, this latest swine flu outbreak consists of a new or rare strain, making it very difficult to offer the public an effective vaccine.

Some of the Symptoms to watch out for with this virus are: a fever of more than 100 degrees Fahrenheit (37.8 degrees Celsius), body aches, coughing, a sore throat, respiratory congestion and, in some cases, vomiting and diarrhea. 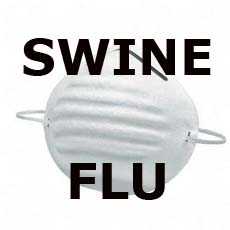 Unlike the more usual flu viruses, this “Swine flu” outbreak does not seem to be affecting old people and young children in quite the same way. It is not unusual for older people to have some immunity to certain viruses, as they may have experienced these earlier in their lives. But it is unclear why young children have been so lucky, so far.

One of the most well known flu pandemics occurred in 1918-1919, killing around 40 million people. With the increased population we have today and the ability for people to travel more freely, and quickly, there is a very real danger that the death toll could be considerably larger if a pandemic of that nature was repeated.

According to WHO (World Health Organization), at least 81 people have died as a result of this virus in Mexico, and reports are coming in from many other locations (around the world) of people who might be suffering with this virus.

With no vaccine available yet, the best course of action would appear to be prevention. Many people have taken to wearing masks, but the demand for these has created a shortage of supplies. If you are looking at this method of protection, we would recommend ordering a good supply of masks as quickly as you can.

The fact that this Mexico virus contains an apparently new strain has produced some suggestions that this was not a natural occurrence, but the latest attempt to depopulate the planet.

In an article called “Something Wicked This Way Comes” the author refers to a story that appeared in the Seguin, Texas Gazette-Enterprise newspaper announcing “an American county is organizing a mock response drill to prepare health care workers, police, and “volunteers” for the coming, “inevitable” pandemic.” This article was dated March 19 2009.

The “PANDEMIC VACCINE TRAINING” exercise in Texas was scheduled to occur on Saturday, May 2, 2009. The author of the article on Rense went on to say “Just as NORAD was conducting “mock” terrorist drills on the morning of September 11, 2001 – could this May 2 event be TIMED to announce the release of the planned pandemic and the eventual advent of martial law in North America?”

Whilst this may sound like some wild “conspiracy theory” to most, there are a growing number of people who wouldn’t rule out the possibility of certain governments using tactics like these.

We have all seen governments (like in the US) spending money as if they know something will happen in the future to make this irrelevant. Some leaders have been promoting the idea of a NWO (New World Order) and what better way to create such a situation than having a global disaster (pandemic or financial collapse) to force people into accepting a new era of “change”?

The amount of control placed on the public over the last decade by the authorities, has increased considerably (new laws, rules, restrictions and surveillance). A global disaster would enable governments to increase this without limits and use the new laws they have introduced to make it “legal.”

Although you may find articles about the “Swine flu” outbreak on the mainstream media and the dangers to various countries if this should become a pandemic, you won’t find too many mention the potential dangers to your freedom if this happens. However, some alternative News sites (like Rense.com and others) are not afraid to publish articles that look at all the possible scenarios.

A Drug Maker Halo For a Covid Vaccine? Not With This Poor Track Record