MSF only discovered this effect during the peak of the epidemic in Foya, Liberia because they ran out of AL and had to resort to the less commonly used ASAQ malaria drug. 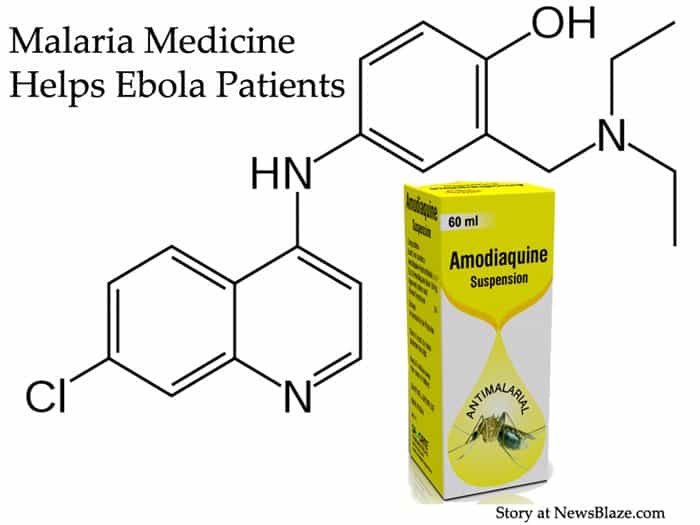 According to MSF spokesperson Sandra Murillo, “ASAQ contains the compound, amodiaquine, whose activity against Ebola virus disease has been documented in recent in vitro assessments of potential drug candidates among compounds used to treat other diseases, including malaria. While no clinical trials on treatments carried out by research institutions have yet led to conclusive evidence, this retrospective study provides promising new information, and should encourage further testing of ASAQ.”

The MSF press release said further, “Given the particular context of this study, we must remain cautious about drawing broad conclusions,” said Iza Ciglenecki, co-author of the study. “To date, however, ASAQ appears to be a promising path towards an effective treatment. Further preclinical and clinical studies to confirm the effect of ASAQ in reducing the Ebola mortality are urgently needed.”

According to the WHO (World Health Organization, during the two year epidemic in West Africa, there were more than 11,000 deaths due to Ebola, about a 40% mortality rate.

“No confirmed cases of Ebola virus disease (EVD) were reported in the week to 3 January. On 29 December, WHO declared that human-to-human transmission of Ebola virus has ended in Guinea, after the completion of 42 days with zero cases since the last person confirmed to have EVD received a second consecutive negative blood test for Ebola virus RNA. Guinea has now entered a 90-day period of heightened surveillance. Guinea, Liberia, and Sierra Leone have all now succeeded in interrupting human-to-human transmission linked to the original outbreak in West Africa”

A Drug Maker Halo For a Covid Vaccine? Not With This Poor Track Record