Chiropractic treatment was founded in 1895 by D. D. Palmer, in Davenport, Iowa. Innate Intelligence is a chiropractic term to describe the organizing properties of living things. It was originally used in this regard by Daniel David Palmer, the founder of what is now called chiropractic. This concept states that all life contains Innate Intelligence (also referred to as II), that is, inborn intelligence, and that this force is responsible for the organization, maintenance and healing of the body. 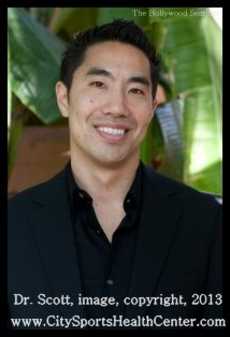 Philosophically, chiropractors generally believe that they remove the interference to the nervous system by way of a spinal adjustment, and that when the spine is in correct alignment, that Innate Intelligence can act- by way of the nervous system, to heal disease within the body. The term of ‘II’ is intimately connected with the term Universal Intelligence.

The Valid Success of Chiropractic Treatment

While chiropractic care is more accepted today than in former years, some of its claims are still not accepted by science, largely due to some of these ideologies mentioned above, and early origins which concerned metaphysics and the spirit of man. Many scientists however, who deny man has a spirit, also used to deny that the Earth was not flat. And yet they proved to be wrong then, and may be wrong about chiropractic care now. After all, science is, by its nature – incomplete, as knowledge is – like life itself, constantly evolving. And, countless testimonials by people with back pain and other ailments, from around the world who swear by the valid and workable results of chiropractic care – including this writer – surely can not all be wrong.

According to the World Federation of Chiropractic, chiropractic is “A health profession concerned with the diagnosis, treatment and prevention of mechanical disorders of the musculoskeletal system, in other words, conditions which may cause back pain or other problems, and the effects of these disorders on the function of the nervous system and general health. There is an emphasis on manual treatments including spinal adjustment and other joint and soft-tissue manipulation.”

The Life of An American Chiropractor

While some chiropractors today deviate from the way the practice of treatment was formulated by Mr. Palmer, one man in Los Angeles has not. Dr. Scott has taken the many teachings studied by Dr. Palmer, the founder of chiropractic care, to heart, and implemented these unique and specific methodologies into his practice.

Dr. Scott was born on Dec. 13th, 1977 in Los Angeles, California. At a young age, he was exposed to health and wellness through sports. He played basketball throughout high school and into college as well. Prior to Chiropractic College, Dr. Scott worked as a certified personal trainer for two years in a gym, and then a private training studio. These experiences made him realize the important role that health and physical fitness plays in people’s everyday lives. He decided to attend The Southern California University of Health Sciences in Whittier, California, where he graduated in 2003.

The Founding of A Dream

At CSHC, the clinic began promoting Chiropractic as a lifestyle, rather than a way merely to get out of back pain or other body pains, which made them unique in the industry of chiropractic care. They decided to take an integrative approach to the health of each individual and formulate specific treatment plans based on the needs of their patients. Whether one needs chiropractic treatment, physiotherapy, or massage therapy, the clinic grew to offer a wide range of treatments that can deal with a broad spectrum of symptoms and illnesses, following the historical tradition of how chiropractic treatment began.

City Sports Health Center has begun offering free examinations for first time visitors to the sports and wellness clinic. During this exam, the first time visitor is attended to by Dr Scott, who conducts a full diagnostic analysis to determine potential future care needs. Also included within this treatment is a one-on-one consultation with the doctor after the examination to follow up and report the findings.

Findings from each new patient consultation are be documented and disclosed to the patient in a “Report of Findings” appointment, which is also free, as part of the complimentary first consultation. If X-rays are needed after the consultation, they are offered at a discounted rate and an appointment scheduled with the staff at City Sports Health Center.