According to bestselling author Robert Bakke, “It’s time we bring ‘Class Warfare’ back to the stone ages.” Bakke is a black belt, a jet captain, a NASCAR driver and author of Amazon’s bestselling book, “Prayer at Full Throttle.”

Bakke attributes all of his success to the privilege of being born in America. “Just because some people have worked themselves to exhaustion and risked everything to become successful, doesn’t mean they have done anything wrong or made anyone a victim. That is a ridiculous and divisive excuse, and it needs to be shut down. This is America. We are a God-blessed nation, and my God doesn’t think in terms of ‘small and lack’ and neither should you. It’s time we put America and success back on the radar, and do it with pride.”

Bakke uses the success of his unique new book, the religion-free “Prayer at Full Throttle” as an example of America’s opportunity for success. 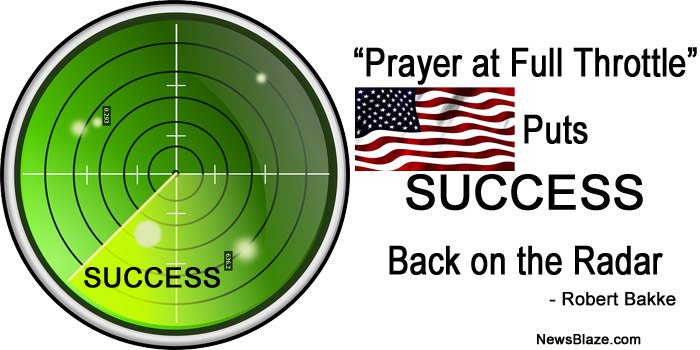 “Look at the process of ‘Prayer at Full Throttle’,” says Bakke, “The book was self-published and self-promoted (with several thousand dollars invested up front) and has now been an Amazon Best Seller for 44-straight weeks. I invested the time to write the book, and risked thousands of my-own-dollars on the gamble it would pay off. According to the ‘Class Warfare’ crowd, the book’s success is somehow not fair to other people … that it somehow makes other people a victim. Are these people from Mars?”

Robert Bakke is a jet captain and aerobatic flight instructor, a black belt and regional champion, a best-selling author, a race car driver, and a ski instructor.

He was running a multi-million dollar company by the age of 24. After shattering numerous sales records, Robert eventually said good-bye to his business career and moved on to captain jet aircraft and teach the “performance” of God’s Word. Robert received his certificate of ordination as a minister of the Gospel on April 15, 2012.