NewsBlaze News
Home USA Crime Why Are DeDe Spicher and Terri Horman Condemned in the Court of...

“They wanted me to tell them that Terri did it or that Terri knew something. I told them everything that I knew, over and over again. But I didn’t tell them what they wanted to hear.” DeDe Spicher 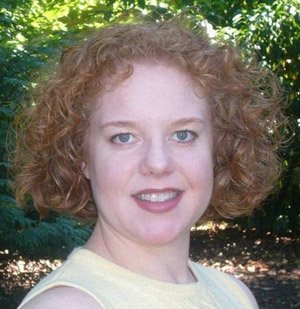 The newest piece of evidence, where Andrea Leckey ran into Terri at a Fred Meyer Department store (between 9:30 and 10 A.M.), if anything, simply backs up Terri’s story, that she was looking for medicine for her daughter. Terri was identified as being right where she has said all along she was to investigators. This strengthens, not weakens, her timeline after she left Skyline Elementary.

Did she have Kyron and DeDe waiting patiently in the Fred Meyer’s parking lot in the white F-250? I don’t think so. With regard to Terri’s demeanor at this crucial time, Andrea Leckey’s comment is puzzling. “Did she seem different? Did she seem out of the ordinary? I can’t say that she seemed any different to me than any other day.”

If Terri had been doing all of these conspiratorial things around this important time, I doubt that she would have appeared so cool, calm and collected. An understanding of human nature tells us she would have likely been disheveled, frantic, eyes darting about, suspicious, trying to hide something from Andrea, but NO! Terri was as cool as a cucumber.

Maybe she was just being herself. Maybe she acted naive and innocent because she was (and is) innocent. As far as her showing Andrea a picture which she had just taken of Kyron with his science project, maybe she was proud of him and just wanted to brag of his accomplishment. The only thing that is odd to me, however, is how did she get a paper print so quickly?

Terri must have returned home first, after leaving the school. Remember, she had to pick up the baby and she must have made the paper print at this time. Is this suspicious? I don’t think we should necessarily put too much emphasis on this. As inconceivable as it may seem to many, perhaps she was proud of Kyron’s accomplishment of the tree frog project he had created.

Back to DeDe. She has no reason to believe that Terri did any harm to Kyron. I don’t think she’s lying, why do you? What would be her motive for giving unwavering support for a friend, if she thought Terri did harm to Kyron? With her allegiance to Terri, DeDe is castigating herself, and catching the flicker of irrational wrath of an angry (internet) mob, that’s ready to burn the both of these two (witches) at the stake.

Thus, it’s unlikely that DeDe would make this commitment to her friend, if she didn’t believe absolutely in her innocence. Her own words to People are moving. “I just really don’t. In my heart, I really don’t. In all of these years (as her friend), I have not seen anything that would lead me to believe that she is capable or motivated in any way to do something like this.”

One would think that DeDe would have noticed something out of place, during those 11 troubling days when she stayed with Terri. Nothing suspicious ever happened. That would make Terri the best actress that ever walked on the face of the earth. Now, to turn to something that tore me to the core last night, and caused me to lose sleep.

I hope this “journalist” gets fired! And as far as these other fruitcakes go, who on Facebook are posting highly offensive, and sometimes violent jabs at Terri and DeDe, SHAME ON YOU! You have condemned these two, without one shred of proof. And your behavior in a public forum is BEYOND THE FRINGE OF UNETHICAL! Even that is an understatement.

Here’s a few fragments from JVM’s Facebook post. “They’re both fat, sick, twisted b******…I wish someone would slap that smug smile off of DeDe’s face…I say get a tall tree and a short rope.” I don’t see how these people can go to their day job knowing many have read their comments. This case has brought out an ugly side to many Americans.

I was sick to my stomach last night after witnessing this appalling behavior. I thought, well these jerks think their friends on Facebook will be impressed by their indignation and hatred for these two ladies. Really, just the opposite is true. You’ve made such an ass of yourselves, you should be tarred and feathered, and run out of town.

All along, I’ve been thinking of the Salem Witch Trials of 1693, when innocent women were condemned, and only because of the twisted belief system of the Puritans. Women were thought to be in a covenant with the devil. This twisted way of thinking perks its wretched head again today in Portland, Oregon.

Shots in The Dark: Who Murdered Perry Barefield On Mary Kay Lane? Part 2

Shots in The Dark: Who Murdered Perry Barefield On Mary Kay Lane? Part 1