Cecil Hotel has a rich, haunted past; it won’t leave! Elisa Lam’s performance in a spooky elevator surveillance tape reanimates musty memories, undisturbed, but not entirely put to rest. Is Elisa happy or is she paranoid (on the viral elevator tape)? One moment she moves her hands in mellifluous lyrical play, yet in another moment she peers out of the elevator, looking side to side, as if she suspects someone is watching and following her! Cut to footage of police on the Cecil rooftop looking about the Hotel water tanks.

How could a Vancouver resident, Elisa Lam, 21, end up dead in one of these water tanks? Could she have accidentally dropped in there and drown? Highly unlikely! More logical, someone dropped her in there. Cause of death unknown heretofore; toxicology tests may yield better results, but will take weeks to come back. Drug experts have postulated, Elisa may have been on the designer drug Ecstasy. I concur with this theory. 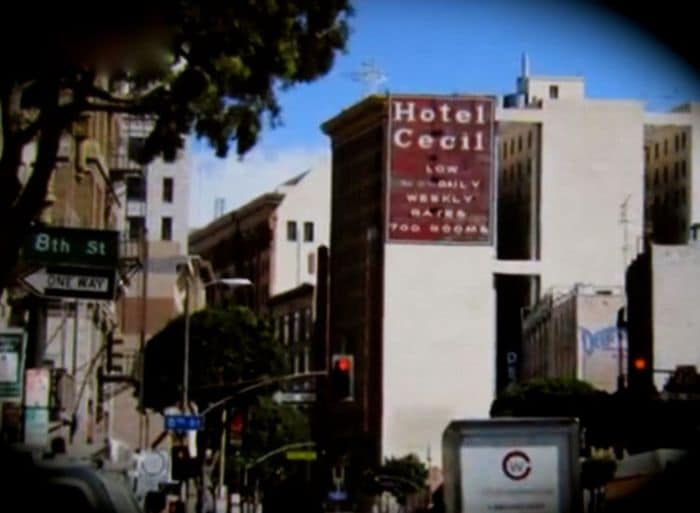 Was this chilly paranormal experience in a Cecil Hotel elevator (that never moves) very close to the moment of her death? January 31st is apparently the last time she was seen; this is easily explained by her having been killed on this very day. The door to the rooftop was locked; only hotel employees had access. Does this imply Los Angeles detectives should question these Cecil employees? Of course it does! Are they suspects?

Well, at least persons of interest. And why should we connect the dots, drudging up the Cecil Hotel’s sleazy past? Hasn’t its image been tidied up? Yes it has, but the past never goes away (if you agree with Philip K. Dick’s philosophy). I mean, if The Nightstalker called the Cecil his home, while conducting his mad killing spree in the mid-1980s, then how is it possible to forget the past? Translucent, sheer ghosts hover about that flea-bag smitten vestibule of a stay-over! Did Elisa see a ghost?

Since it’s captured on video, I do believe she did. Yea, no getting around a careful examination of this down on your luck, skid row, home of transients. Yet, its mottled past will only accentuate its notoriety, attracting tourists galore in quest of an adventure into B movie pitter-patter and real life horror simulation. It looks as if Jack Unterweger was up to this very thing; he may have been channeling Richard Ramirez when undertaking his very own killing sprees!

Isn’t it logical to postulate that whoever killed Elisa Lam (if that’s what happened) was in the throws of the same Evil spirit that Jack Unterweger was possessed with? Toby Hooper’s film Magic returns to me. An ogre lives in the basement and spies on people, such as Ann-Margret. Who is the maintenance man at the Cecil? How familiar were employees with the Cecil’s checkered past? Why did Elisa stop there? Where was she heading to? Was it just since it was so cheap? 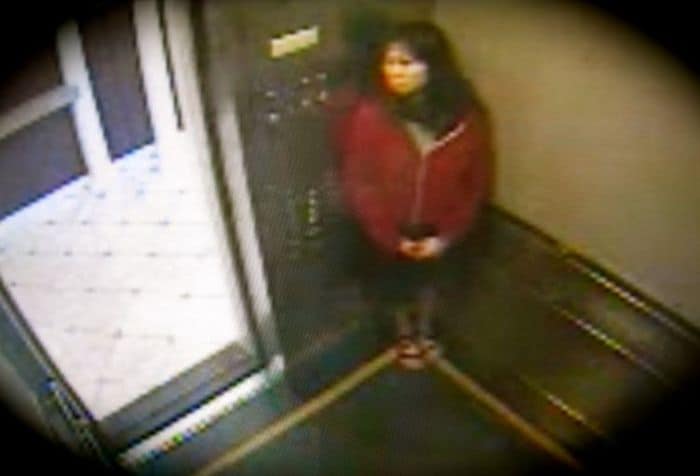 When drinking brown tap water, are you drinking death itself? Are you absorbing spirits of the haunted past? Anguished Poltergeists that can not purge themselves of unresolved traumas! Serial killers don’t disappear too easily. The Nightstalker’s escapades come up in unfriendly nightmares of us all.

Flashes of shaggy-haired Ramirez returning from a fright-night of ultra-violence, discarding bloody clothes in a dumpster, then entering the Cecil for a peaceful day’s rest (visit my mind), as I read over Cecil Hotel news stories, bludgeoned by horrific conjurings! Elisa Lam’s mysterious death reawakens episodes unforgotten, as hard as we try to bury them.