A mere trickle of news emanates in the Karen Johnson Swift case. Exactly the same type of pattern can be detected in the Katelyn Markham disappearance from Fairfield, Ohio, that begins on August 14th. I pulled my Markham file out this morning, since I had accumulated a great deal of data on her case, and I was having flashes of similarity appear (with Karen Swift) on the radar screen of my memory.

Yea, funny I know, but honestly, I just now looked over the news stream for Katelyn Markham, and noticed that about after one month (by mid-September), no more stories appear for KM. I listened to an interview with Fairfield Chief of Police, Mike Dickey, and was astounded by the fact that he was completely clueless as to what may have happened to a talented and creative young woman.

So it goes with KJS. The Dyer County Sheriff’s Department utilized the TDI Violent Crime Response Team, and sent them back out to her home on Willie Johnson Road. Last Friday, they collected more evidence and/or searched and processed the house quite a bit more thoroughly. An initial search on Sunday, October 30th, was not performed as if any crime had transpired. That has changed, ever so slightly.

A physical search of the rural areas surrounding the Millsfield Highway location, where her car was found, has been curtailed also. Jeff Box told the Dyersburg State Gazette, the investigation will start to focus more on what evidence they have already accumulated, with the idea of attempting to make some kind of sense of it. What I’m seeing myself, however, is that substantial leads are drying up, just as they had with Katelyn Markham.

One oddity that I just noticed a few minutes ago, is that current news stories are saying that Karen had returned from a Halloween party, when earlier they were saying she was simply picking up her daughter. Did Karen go to a Halloween party herself, or was she only picking up her daughter, who was at a party? We learned last week a costume was discovered in her abandoned Murano. Does that tie together? Is there a contradiction here? 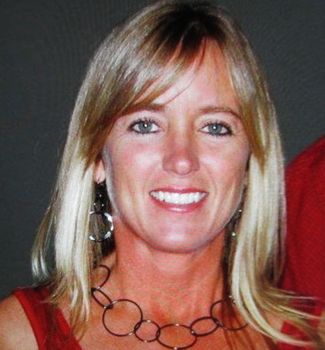 Well, here’s a few similarities I noticed this morning after reactivating the Katelyn Markham file. For one thing, while watching news footage of searchers working in the Fairfield area, I observed this geography to be quite rural, covered over with trees, brush, and thicket and eureka! It’s the same way in Dyersburg, Tn. Okay, so is it in Darden, Tn., home of Holly Bobo.

Two other sources of commonality are: 1. the disappearances (or possibly abductions) occur in the wee hours of the morn. This makes sense since this serial predator can avoid detection when everyone else is asleep. 2. Two is the missing cell phones. Whoever is doing this takes their cell phones. This occurred in all three cases just mentioned.

The reason why investigators are getting nowhere, is because this person is not from their local communities, nor is he a member of their families. I’m not trying to scare you, but I am succeeding in scaring myself somewhat, while brainstorming on such a creepy scenario as just put forth. Oh, I just remembered something out-of-place, said by Mike Dickey. He told a reporter that women in Fairfield need not be alarmed for their safety. Huh?