It is rare that a child will attempt to kill their own parent. More facts are coming forth to fill in the picture in the attempted murder and arson case in Clearwater, Florida. 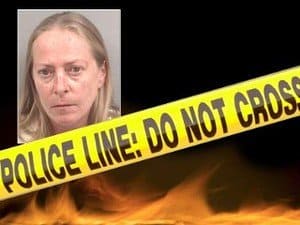 In 2009 the police were called to the Broadhead household six different times. Neighbors have said that they frequently saw squad cars pulling up at this household. The contents of four of these redacted police reports have been made public. The names of the parties have been deleted, but you get the picture.

One report (Feb 28) says that a complainant reported that a youth who was older than 13 had left the house. The juvenile, who was on probation, did not like living there and wanted to move back in with his or her father. I surmise that this must have been Zachary, Nancy Broadhead’s second child. He would be 16 now. This is just a guess, not a confirmation. 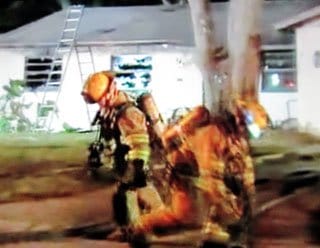 Part of the problem stems from the fact that Nancy Broadhead has three children with three different fathers. The oldest son, Brent, now 24, lived with Nancy’s mother Barbara for a while. The grandmother to Brent, Barbara Broadhead, has not painted a rosy picture regarding Nancy’s behavior. Barbara kicked her out of the house because of her drinking.

Other details are emerging about the second son, Zachary, and his father, John F. Busby. During a custody battle (1996) Busby claimed that Broadhead was constantly drunk and let the son run free in her neighborhood. Busby himself had a drug problem which he claims he had overcome. Nancy had a severe drinking problem. (ibid)

Other charges against Nancy Broadhead are not small. She got a DUI in July of 2002 and her blood-alcohol level was higher than 0.25 percent. 0.08 is the cut-off in Florida for intoxication. Also, in 2005 charges of domestic battery were brought against her and another of child abuse. For some reason these charges were dropped, possibly because the state Department of Children & Families had invented in the matter. (ibid) 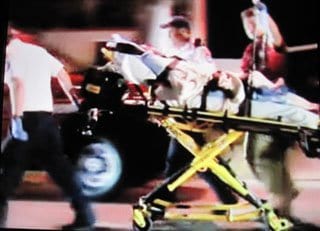 A confession by the 11 year old Samantha is telling. She revealed to her interrogators that her “mother repeatedly hits her, and as a result, she is in fear of continued living conditions.” (ibid)

Yet another oddity is the situation surrounding Samantha’s biological father. The state Department of Children and Families, through DNA tests, confirmed that her father was William J. Forsman. Forsman has been in prison in Georgia on two separate occasions. He was convicted of ‘criminal interference of government property and obstruction of a law enforcement officer.’ (St. Petersburg Times-Mom defends son in fire-by Dominick Tao and Rita Farlow-Dec 30)

The pics on her site show her scowling or pouting and there are drug use references also, such as when she says she is “high.” The mother had used marijuana in her youth frequently and was addicted to painkillers. I think it is safe to say she is an alcoholic also.

A new report published Monday the 4th by the St Petersburg Times (by Rita Farlow) says that Samantha has been transferred to the Pinellas County Juvenile Assessment Center. Right after her arrest she was hospitalized under the state’s Baker Act. She had made statements that implied she might do harm to herself.

Samantha could be released in just three weeks, unless the state or courts intervene. Where can she go? Back to live with Nancy? I don’t think so. Reporters called Nancy’s house on Monday and asked her to comment on this situation. Nancy hung up the telephone. (The Tampa Tribune-11-year-old accused of burning mom held in juvenile detention-by Keith Morelli-Jan 4)

So we return to the fire at 1:15 AM, Tuesday, the 29th of December, 2009, Clearwater, Florida, near Tampa. The firemen fight the blaze. Camcorders capture the scene for an early day newscast. A crumpled, soot-covered woman lies defeated on the ground, crying for the things she knows. Trouble has been knockin’ on her door for some time.