What’s new in the Jodi Arias murder trial (in Maricopa County Superior Court)? Without just parroting the same old spiel of blood-spattered sinks and blonde-haired beauty queen turning into a monster female stalker, I thought I’d mention just a few of the particulars, in the way of witnesses or evidence presented by the prosecution to the jury yesterday, Wednesday the Ninth of January, 2013.

Three items come to mind, although there are probably more (I can’t report directly from court). Alright, let me cut to the chase: an extremely bloody carpet section, a telling audio interview, and the testimony of one Ryan Burns, who could only see hidden fragments of the Bigger Picture, the nightmare in Mesa, Az. 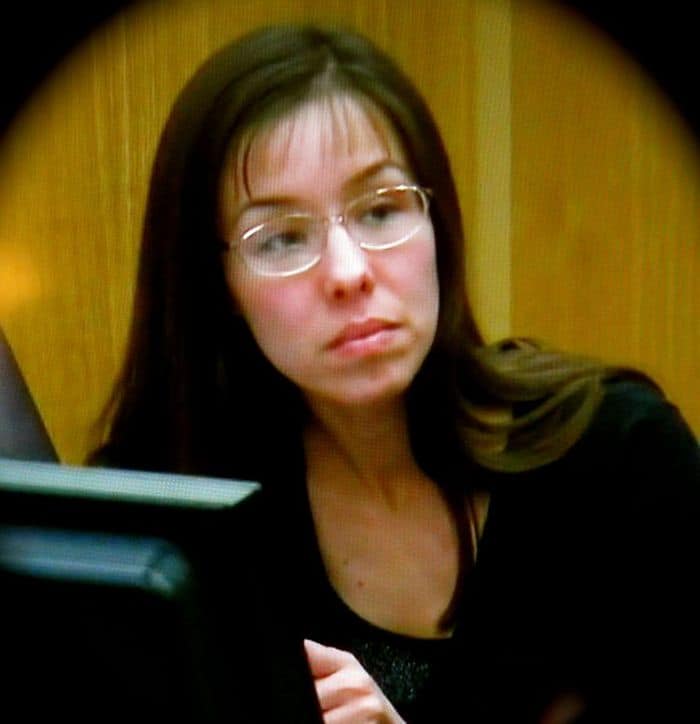 We’re hearing this carpet section is the very spot on which Travis Alexander’s neck was slashed all the way to the spine. An HLN reporter said you can see the blood had soaked all the way through the carpet, so that if you turned it over, it was bloody on both sides.

It’s reported that Travis’ family, who were in court yesterday, gasped in horror as the prosecution displayed the real death scene carpet, that acted as a mock-pillow cushioning his head at the very moment Travis expired! A photo is one thing, but an actual crime scene segment of carpet is the Real Deal!

Most effective strategy on the part of the prosecution. With regard to an audio tape between Jodi Arias and Mesa, Ariz. detective Esteban Flores, made not too long after Travis’ body was discovered, we sense that Jodi is trying to drape a scenario of innocence as to her whereabouts during the time in question, the June 3rd or June 4th, 2008 timeframe. Jodi called him Tuesday the 3rd, around tenish, talking with Travis casually, only briefly; Jodi tells the detective he seemed hurt. What’s that about?

Sounds like projection when really she was the one who felt hurt, having been rejected by this inspirational speaker and cheerleader for American success as a star entrepreneur, such as he was. This is my take on what she said to Esteban; she wants to make it look like Travis was still pursuing her, when actually it was just the exact opposite. Jodi stalked poor Travis like a hungry lioness on the prowl!

Another telling portion of the tape is the bit about the handgun (you’ll want to roll the tape back several hundred times more). It sounds to me like, yea, this is my take, but Jodi is saying Travis goaded or encouraged her to do uncomfortable things, like force yourself to possess a handgun! This is the craziest thing I think I’ve ever heard before, and I suspect, Detective Flores was highly suspicious of what Jodi was saying, you know, ‘to push yourself out of your comfort zone.’ 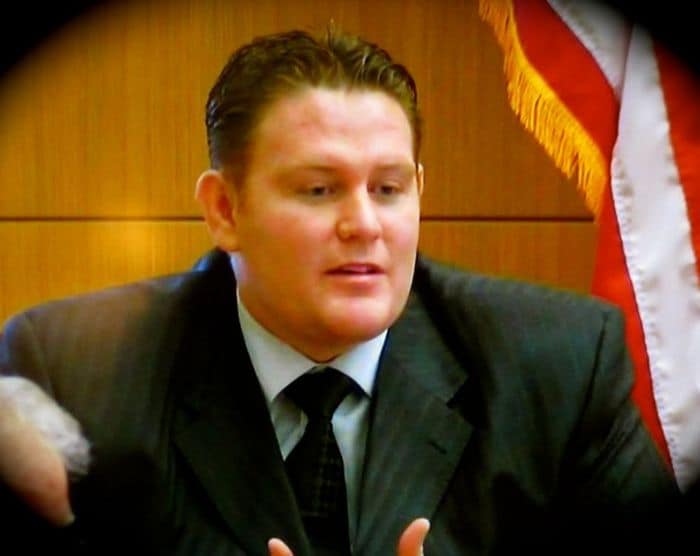 My main take away from the gleanings of Ryan Burns, is that he was probably used to establish an alibi. It is shocking, though, he didn’t notice anything particularly out of place in Jodi’s demeanor, other than a few bandages on her hands. It’s amazing how well-composed she was so shortly after committing a brutal murder, that took a tremendous amount of physical strength to make real. This clips in with Ryan’s words that she was feisty, in exceedingly good shape, and as strong as an ox (those arn’t his actual words, people!). Prosecution rocked hard as Led Zeppelin yesterday!