“I’m just haunted each and every day by the unending suffering of the victims, the enormity and degree of suffering I’ve caused. I’m so ashamed of my actions. The victims had so much life left to live.” Patricia Krenwinkel

Not such big news, Krenwinkel denied parole for the 13th consecutive time. A crusty, leathered Katie, a bittersweet Antediluvian Flower Moll, once again led away in handcuffs. 40 years in prison. Patty breaks the record as a female prisoner tendering the longest stretch of incarceration. Bully! Been a model prisoner, but 80 letters from around the world beg for denial of parole. Denial is granted on January 20th at the California Institution for Women in Corona, Ca.

I’m no authority on Tate-LaBianca, but I can find the kind of detail like no other with Sander’s book. People act like the facts in this case are cut and dry and everything has been lain out on the table for anyone to see. Nothing could be further from the truth. Ed writes about this issue (lack of clarity) in The Family, and even points out it was the unknowns, the discrepancies reported by the media that enticed him into the research that would preoccupy his time for several years.

Ed picks up all the particulars of the crime like a magnet. You know exactly how Jay and Sharon, Abigail and Voytek were dressed. The day of the crime is magnified and you know precisely what these Hollywood celebrities were up to, up to the point when the gypsy band of dagger-wielding flower molls enters their abode and cut short their beautiful lives. 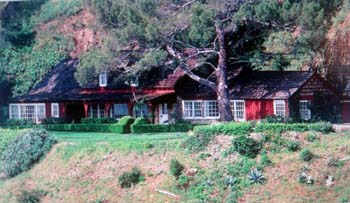 Accuracy is important in writing, and an eye for detail can go a long way. The sheer effort and dedication for telling the truth about the Helter-Skelter killing, is most apparent on each and every yellowing page of my tattered paperback. An irony comes to me, a mischievous grin grips my face, as I think about how old and wrinkled Pat looks today. A leathery hag resembling Sea Witch, just like my paperback that is presently 21 years of age.

Trivial, but true, Katie is now 63 years old, so she was only 21 when arrested at her home in Alabama, in December of 1969. Krenwinkel has remained in prison twice as long as she was free! Reflections during incarceration paint a more idyllic life with Charlie than was probably the case. “We were just like wood nymphs and wood creatures. We would run through the woods with flowers in our hair, and Charles would have a small flute.” Is this a pipedream of a barred-babe-dumpster-diving for supper garbage?

What was Patricia’s main role? Katie stabbed Abigail Folgers to death, following her, when she tried to escape, out to the lawn by the pool of the Tate residence. Abbey said: “I’m already dead,” as Yellow did her thing. I viewed the crime photo of the Folger’s heir last night, and nearly died myself from a cardiac arrest! In my day these pics were whited-out, such as in Vincent Bugliosi’s best seller Helter Skelter. More discretion was employed back in those days.

The next night Pat was the one who wrote ‘Healter Skealter’ in blood on the refrigerator. She wrote ‘DEATH TO PIGS’ on the walls. Girls got a bite to eat, took a shower, and split back to Spahn Ranch, leaving Rosemary and Leno LaBianca for dead in their home, located in the Los Feliz section of Los Angeles. One item I learned from Ed Sanders last night, is that Katie was crashing on LSD on the night when Charlie ordered her to get a change of dress and go on a mission for the Devil.

Read over some biographical data on Pat this morning, and was even more surprised by what I saw. She was Roman Catholic and actually taught the Catechism for a while; Patricia even considered becoming a nun. She suffered from low self-esteem and her parents were divorced; this might explain why she was vulnerable to this Manson character, and to the new ideals of the ‘Flower Children,’ when they first appeared out of nowhere in 1967.

Sanders gives you lots of background information on the victims too, who were living in the fast lane, doing tons of drugs, and even dealing drugs right up to that fatal day. Frykowski received a shipment of MDA two or three days before his death. And a receptionist of Jay Sebring claimed that her boyfriend delivered cocaine and mescaline to the Cielo house the night in question. Thus, it’s not all that surprising that Los Angeles detectives thought the ritual slayings were drug related. The victims were just as out of control as the Manson Family was!

Back to Ed Sanders! His book tells you many unknowns about the crime that were nowhere to be seen in news stories of the day. One good example is: Bill Garretson, the caretaker of the guest cottage at the Tate residence, probably hid behind the cottage while the rampage of slaughter transpired. His account to the police of that night is a lie (maybe, veiling is a better word). Why did he lie? The shock of the ritual was too great! No way, did he not hear the gunshots and screams for mercy of the victims; he admitted later on that he heard Abby Folgers utter, “I’m Already Dead.”

Family creepy-crawled the cottage that night, according to Katie. This proves he wasn’t inside. I theorize, when his friend Steve Parent was shot four times by Tex, Garretson went outside to see what happened. As the terror began inside the mansion, he cowered behind the cottage, mortified at the sounds emanating from the groovy pad. News footage of Bill shows a shaken young man taken down to LA headquarters for questioning. The disheveled caretaker had just experienced the most mesmerizing mass murder of the twentieth century! Was lucky he survived.

Yea, I’m glad Katie didn’t get parole. When you look at pics of a youthful Krenwinkel, you don’t get the impression she was such a misdirected waif. Yet she claims she was in LOVE with Charlie. Manson gave her the attention she never got before at home. “She’s leaving home after living alone for so many years.” Her remaining days will be pensive ones behind bars, that’s for certain. But what went wrong? Now we will have to tell the whole story over again, and so it will be, again and again.

Sanders gets the answer to his question, did the Tate-LaBianca Murders destroy the ’60s Hippie Movement of Peace & Love that he had worked so hard on to make Real? A resounding YES! Chew on that, Katie, while you wither your life away in a cell. You made a contribution in incinerating the Dreams of a Generation of young Americans.

This Slate post is not bad in bringing an ancient story out of its slumbers!