Debbie Flores-Narvaez, a stunningly beautiful Las Vegas show girl, was last seen on Sunday, December 12th. Debbie left her Las Vegas apartment at 7 PM. Her ex-boyfriend, Blu Griffith, claims Debbie went by his apartment around this time. No one else has come forward claiming they saw Debbie over there.

This is corroboration for Blu’s story of meeting Debbie that Sunday night. This could still use further confirmation from the sister Celeste. “He told me that she said she’s been depressed for the past couple of days because it was the holidays and she wasn’t around her family.” Apparently, Celeste had spoken to Blu last Wednesday.

“He also said she was sleeping in her car the past couple of days.” Another item told to Celeste by Blu. This sounds a little fishy to me. Why would a successful show girl, a talented burlesque dancer in the Las Vegas Luxor Casino’s Fantasy show, be sleeping in her car? This does not add up. And why would she be depressed? Debbie had just been selected for a solo role in Fantasy. One would think she’d be jubilant, jumping for joy!

This doesn’t add up either. And now we’re hearing that this ex-boyfriend is being arraigned today on felony charges of battery. I heard Blu had been beating up Debbie, but I can’t tell you exactly what the charges are at this time. I believe there is a 10:00 AM news conference scheduled with the Las Vegas police, so we’ll know more then. One would have to think that it’s Debbie who was pressing these charges against her ex-boyfriend.

Okay, so some shady things are starting to pile up against this Blu character. Let’s not condemn him or convict him in the court of public opinion just yet. Another thing that Celeste said to Fox News sticks out, just as I consider these battery charges being brought up against Blu. “Debbie was kind of private when it came to her personal life, but I understand from almost all of her friends that her relationship with Blu made her upset a lot.”

Bits and pieces of breaking news hit the wires even as Nancy Grace aired last night. We learn that Debbie had been pregnant this fall, but no longer was, from what I could tell. Another significant morsel of data. And the situation with Debbie’s abandoned vehicle-I mean I’m still trying to sort this out. Baffling. The timeline is odd. At first the Maryland license plates were still intact. Later, someone had removed the license plates. That’s odd! Foul play by the perpetrator, or was it just mischievous kids? 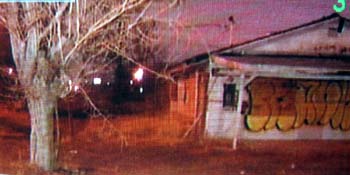 Much has been made of a text message that Debbie sent to her mother, Elise Narvaez, on December 1st; as it should. Celeste cautioned last night not to necessarily read too much into it, but naturally everyone is, including myself. “In case there is ever an emergency with me, contact Blu Griffith in Vegas. My ex-boyfriend. Not my best friend.” Against the backdrop of the battery charges coming up against Blu, this can be interpreted in only one way, if something bad ever happens to me, he’d be the one who done it. 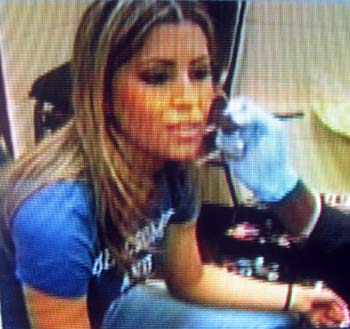 Easy to miss the point here. Las Vegas, glitter, Luxor Casino, gifted dancer and intelligent too, attorney, NFL cheerleader, highly ambitious, achieves each and every goal she sets out for herself to achieve. Disappears just as she touches more career dreams, a solo in the burlesque show Fantasy. Should have been the script for Cher’s new movie. But was Debbie ruthless in her ambitiousness? No evidence of such. Sounds more to me like a winner meeting up with a loser. Deja vu of many cases in our past.