NewsBlaze News
Home USA Crime Daniel Morrissey and Misty Cook Have Records! How Does it Relate to...

The timbre of the investigation of the case of two missing girls (Elizabeth Collins, 8, and Misty Cook, 10) in Evansdale, Iowa takes on a sudden, sharp turn on Wednesday. The parents of Lyric (Daniel Morrissey and Misty Morrissey) have been transparent with the press, saying what they know openly, as they deal with the overwhelming shock of knowing their girls have vanished. They seem nice enough to me (as projected on network news), but now we’re hearing of their criminal past.

While the estranged couple’s records are not exactly traffic stops, no immediate, obvious connection has been made between what they have done in the past and the fact that their daughter and her cousin simply disappeared into thin air on July 13th (yes, I know this was Friday the Thirteenth, but I’m not wanting to make more of this fact than is necessary). The troubled past of Daniel and Misty has mostly to do with Speed or the creation of this drug. 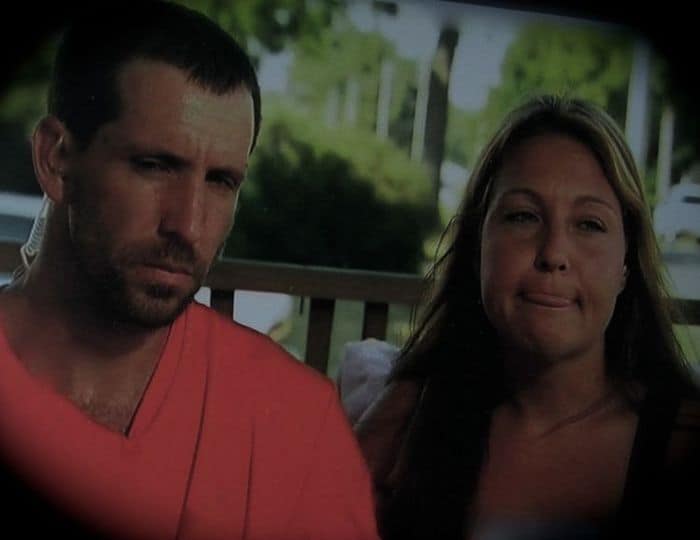 Dan’s rap sheet has many other items on the list, such as marijuana charges, domestic assault; okay, forgery, theft, and even burglary. Misty was just released from federal prison on May 30th. When I heard this on the news I gasped in utter dismay, just as I am gasping right now as I hear that at least 14 have been killed in a suburban movie theater in Aurora, Colorado while watching the latest Batman movie.

It looks like Misty Cook was mainly involved in the manufacture of methamphetamine. Alright, that would be a speed lab (with the intention of distribution). Her role was to purchase pseudoephedrine pills, then to give them to a rogue chemist who was cooking up the lethal batch.

We’ll want to hear every detail of Misty’s and Daniel’s past transgressions, but we have to ask the question, are they in anyway related to what has happened to their daughter (and to her cousin)?

Well, this new wrinkle is odd, and we can’t fault the Black Hawk County Sheriff’s Office for pressing the issue. But are the authorities overstepping their boundaries by falsely accusing the couple of foul play (especially Dan)? And then there’s the sideshow of a torturously slow draining of Meyer’s Lake. These efforts are futile!

And didn’t Dan have a good alibi for that crucial Friday? He was at his mother’s house and his son, Dylan, can attest to this, since he was with him. The girls were reported missing around 2 PM, and Misty called Dan at his mother’s house and he quickly came over to the lake, where the girls’ bikes were found. This is according to Tammy Brousseau, Misty’s sister, as testified on Nancy Grace last night.

Tammy even says a man had spotted the girls near the lake on their bikes, I’ll say, between 12 and 2 PM. Dan storms out of a police interview Monday night, since he was essentially being accused of murdering his own daughter.

The family stayed in a hotel Wednesday night to get out of the limelight (and the heat of the law), but the same detective who was drilling Dan, dropped by the hotel and hurled accusations through the door. But what do they have on Dan?

Finally, Misty and Daniel have shut up. No more interviews with the media will be given. Earlier, they claimed they didn’t need an attorney, but apparently, that has changed. No more polygraphs either. My head is swooning as these latest developments flash across my TV and on print news.

The situation is not adding up at all! Why would Lyric’s parents kidnap the two girls? The back-story (swishing around in the back of all our minds) is, what is the connection between the fairly significant rap sheets (of Misty and Dan), and two innocent girls vanishing in the midday sunshine?