About six weeks ago I was on a working trip to Houston. I flew by Southwest both ways. On my return flight to LA, I picked up the in-flight magazine and read an amazing article, ‘A Man of Letters’. (1)

It was written by Tim Brookes – founder of the Forgotten Alphabets Project, who took upon carving in wood, in his sixties, the alphabets of foreign and forgotten languages of the world.

We write, he says, so we remember: shopping lists, memos, histories, even fiction and spiritual texts. The sheer act of writing proclaims: This is Important.

The busier we are, and the more we have on our minds, the more likely we are to forget, so the more important writing becomes.

Is it any surprise, then, that humans are writing more now – emails, texts, Facebook posts – than at any other times in history?

Did we know that in the early 19th century, in an astounding act of persistence, imagination and courage, a Cherokee named Sequoyah invented a written version of his people’s language?

The Cherokee became the first American Indian nation to adopt their own script, and they went from non-literate to literate in a single decade. Soon, a variety of publications, including Bibles, prayer books, and newspapers were printed in Cherokee by a missionary named Samuel Worcester.

But just as this extraordinary transformation was taking place, the 1830 Indian Removal Act was passed. The Cherokee were driven from their homelands in Georgia and Carolinas. Their printing press was seized and the Cherokee type was destroyed. Their only path to literacy was through white schools, where even speaking their mother tongue was often forbidden.

But Sequoyah’s syllabary survived in those Bibles and prayer books, and at the end of the 20th century, a revival of the Cherokee language began. Today, Sequoyah’s invention still speaks so strongly to the traditional identity of the Cherokee that their art form often includes the characters he created.

In Tahelquah, Oklahoma – the site of the Cherokee National headquarters – the high school is named after him. The downtown post office is inscribed in both English and Cherokee. Wheelchair access and tobacco-free signs around the old courthouse are also in both languages, and the front window of the Bank of America features a message in Cherokee!

It does not matter that most people (even most Cherokee) can’t read it. But it does beckon: don’t forget, this is who we are!

Absorbing all this invigorated me to start something that is so fitting to the current social, political and religious quagmire that as Muslims we find ourselves in every day!

First, there is the lethal attack by the fanatically myopic ideologues such as Al-Qaeda, ISIS/ISIL, Al-Shabab and their nefarious off-shoots, that has made Muslims a pariah nation around the world!

Then, the onslaught by the far-right and alt-right groups across the globe on Islam, due mainly to the myopic ideologues, ignorance, and some sheer xenophobia. It has made us fear for both our faith and life.

We are asking more frequently what can we do to change the perception of the world towards us?

Can we all draw inspiration from Tim Brookes’ story about Cherokee?

In the current geopolitical situation, the poignancy and power of that linguistic legacy is amazingly so clear: we Muslims have perhaps the world’s most pure, vibrant, unadulterated, rich and lively language – Arabic – in our possession.

On top of that, we have also inherited the most unique style of writing in perfect accordance with the precepts of our faith.

Calligraphy – an art form that uses only geometrical shapes without using any resemblance to human or animal faces or figures.

This uniqueness has become the basis of some of the most elegant and inspirational architectural designs all over the world.

No inheritance could be more powerful than this divine gift, only if we could imagine its potential.

What better way then for us, I asked myself, than to write the names of our colleagues, co-workers, friends and neighbors in Arabic and, give to them as a simple, imperceptible yet most tangible gesture of a heartfelt personal bonding!

What else could be a better appreciation of the phrase ‘six degrees of separation‘!

The remarkable concept of six degrees of freedom is a theory that everyone in the world is six or fewer steps away from another person by way of introduction, This idea was proposed by the Hungarian journalist and poet Frigyes Karinthy in 1929, when the estimated world population was only about 2 billion.

Notwithstanding that eighty-eight years ago, people didn’t have bullet trains, supersonic jets, sophisticated supercomputers, fast internet, smart phones, hybrid/electric cars, Facebook or Twitter, the accuracy of six degrees of separation theory at this instance is mind-boggling. 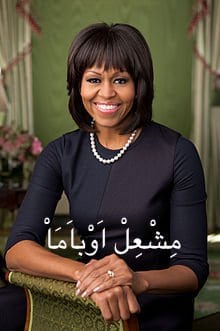 Today, planet earth is 7.2 billion humans strong. About 1.2 billion people identify themselves as Muslims: exactly one-sixth of the world population!

What does it mean? It means that, every sixth person you meet on this planet would most likely be a Muslim.

Let us reverse this theory for a moment now.

Imagine, I asked myself, if each Muslim wrote the names of just SIX of his/her colleagues, friends, neighbors and coworkers in Arabic, we would reach the entire humanity!