NewsBlaze News
Home Thoughts Opinions Where Political Parties are Born – The Skulls, Secret Societies and the...

Any secret society worthy of the name is bound to be shrouded in mystery, enigma and half-truths. Anything we know, or think we know, about these groups is questionable, because it is probably what they want us to know; composed of speculation, rumor and disinformation. Any alleged insiders claiming to reveal group secrets cannot be completely trusted, because either they’ve betrayed their sacred oath of loyalty to their group or they haven’t. Whatever we are told, or allowed to know, about them is likely to be in some way sensationalized, unsubstantiated, skeptical, harmlessly trivial or a mixture of fact and fiction; serving to create and enforce a particular reputation of power.

For those not properly initiated, the whole truth of who these societies are and what they really do may never be common knowledge. Which is a cultivated tactic both deliberate and coincidental. That which is forbidden or hidden tends to provoke curiosity; in absence of definitive answers, we guess and invent based on what little we do “know.” So secret societies become mythic and religious in form and function- internally and externally, the subject of conspiracy theory, suspicion and imagination among the uninitiated. Proliferation of an unknown power often incites paranoid delusions laced with supposition, fear and intimidation. Our doubts frequently cause us to worry and imagine the worst.

What’s the secret? And why? What are they plotting (against me)? The common assumption, although not necessarily accurate, is that if they are hidden, operating in secrets and shadows, then they must be up to no good. The anonymity of working behind the scenes permits a degree of mobility and liberty that moving out in the open may not, because they don’t have to answer to anyone but themselves and their code.

Because they are always surrounded by mystery and mystique, a hint of doubt and intrigue persists.

All group signs, activities and attitudes are full of symbolic ruse and ritual, imbued with pomp and circumstance to encourage an impression of distinguished significance and grand purpose. Members are typically immersed in propaganda and instilled with a noble sense of duty (to a cause and/ or each other), delusions of grandeur, or some combination. People are often drawn to and inspired by icons of mythic proportions, which is why so many people are inclined to rally around a representative logo, flag or banner.

Secret societies are often attributed, both inside and out, with more power and importance than they may actually have, or deserve. Perhaps their greatest power is to engage the imaginations of people, whether members or not.

It is said that knowledge is power. The element of secrecy, being privy to restricted information and access, the appearance of prestige, serving a cause, the sense of rogue, the bonding rituals, and the aspect of being chosen by an elite agency appeals to the ego and one’s need for purpose, creating an image in the minds of members of being special, important, powerful. All of this helps to facilitate commitment.

This identity of uniqueness is used to empower, motivate and manipulate members, consciously and subliminally, to do the group’s bidding.

The Illuminati. The Free Masons. The Rosicrucians. The Millennium Group. The Arcanum. The Priori of Sion. The Skull and Bones.

Each of these groups listed profess to promote similar goals for serving or preserving their community (while serving themselves), though use their own agendas, methods and philosophies for achieving them.

Public information, such as it is, on these secret societies is already available and accessible. An expose book entitled Secrets of the Tomb, by author/ journalist Alexandra Robbins, for example.

And secret information is, well, secret. Only those on the inside can know, and only those at the top level of the inside can know for sure what goes on behind their closed doors. By definition, everything about a truly secret society is refutable and nothing is provable. 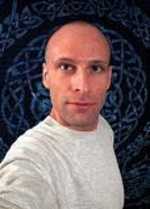