The Fast and The Furious Actor, who spiraled up to the hallmark of success, the famed star of the famous street racing franchise, has died in a car accident, died at 40. He has just scraped the surface of his introduction to life, and he was taken away by the follies of unpredictability. The furies of “being,” an inexplicable notion indeed.

Paul William Walker IV was born in 1973, in California. His career started in commercials in the mid 80s, appearing on multiple television shows, such as, “Highway To Heaven,” “Who’s The Boss?” and “Different Strokes.” These shows were unassailably the golden era of 80s Television, the era that preceded his all-encompassing contemporary appeal. An immaculate, stunning aesthetically fascinating individual, benevolently astute, and I say this, unequivocally.

Paul Walker’s retrofitting characters has permeated the past and present, and will in the future, as the perfect embodiment, of a true chameleonic paragon of show-business. One of his recent movie was “Fast & Furious 6,” which made it to the Top 50 of the highest-grossing films ever. 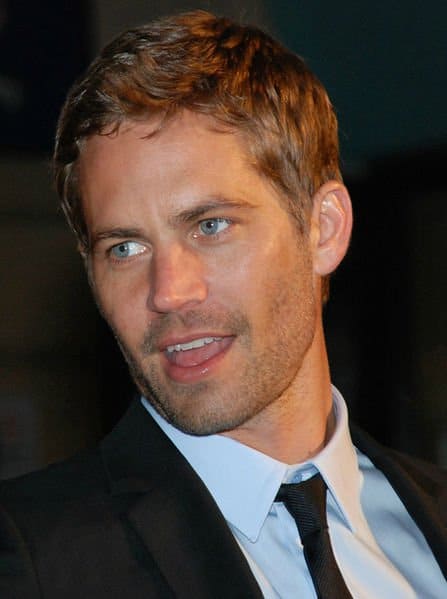 This article is not about his biography, but the uncanny enigma of his death, and I’ll expound more in-depth, specifically because of the preceding movies that ironically precipitated the current events; I shall explore this with a sense of prudence. An irony is a contrast of what’s anticipated. You have “Dramatic Irony,” Situational Irony,” Verbal Irony” and my favorite “Socratic Irony” or “Socratic Method.”

Dramatic Irony exist when there’s a discrepancy between what the protagonist and audience interprets; Primary example: The play Romeo & Juliet, where Romeo assumes Juliet is dead, But the audience knows that she’s in a deep sleep.

Situational Irony is when there’s a contrast of what’s anticipated or expected; an inverse effect. Primary example: “The Fire Department on Fire” “A Police Man Arrested” “The Doctor is Sick.” These things are least likely to happen, but they do in quite a peculiar way, an unexplained phenomenon that we all posit pseudo-scientific explanations for, such as synchronicity, serendipity, law of attraction, and a multitudinous mediocrity, that is nothing more than a compartmentalized unscientific gap filler.

Socratic Irony, was popularized by Socrates, a philosopher from (469-399 B.C.) He succumbed to idiocy to exploit the follies of his adversaries, basically playing dumb to exploit the irrationality and faulty logic of his peers. He was a master of Irony.

Paul Walker’s death is the epitome of a situational irony. “The Fast and the Furious” is a series of action films centered around illegal street racing, with a myriad of sequels, making it his most prominent roles. His death is truly ironic, gaining prominence for a level of specificity that predicated a kind of parallel perpetuation that’s truly unequivocally synonymous, “Car Crash.”

A semi-equivalence to “Superman” star Christopher Reeve, an avid horseman, thrown from his horse and landed on his head, fracturing his vertebrae and spinal cord. This was a vague, fuzzy situational irony, and I say this because, by default, the unnatural death of “Superman” would always be equated to that of the contrast of the ultimate Superhero failing syndrome. His case scenario is predestined to the labels of a situational irony.

However, in Paul Walker’s case, the Situational Irony is a perfect ironic correlation we can retrofit. CNN News stated that “speed was a factor in the crash,” a statement made by the Los Angeles County Sheriff’s Office.

Although my peripheral approach to writing this article seems skewed, my despondency is without a sense of irony. There’s a consistency in the departure of our contemporary icons, a perpetuating sinister that seems inexorable, and the events are intermittently empirical. An infinite continuum we appall, and embrace empathically. As we embrace tomorrow, oblivious to the ambiguity of uncertainty, we must always remember, that the euphoria of life, is a latent epiphany we must embrace incumbently.