The Dyer County Sheriff’s Office has released a photo of Karen Johnson Swift’s abandoned white 2004 Nissan Murano, which was found by a neighbor on Millsfield Highway, in an early morning hour of October 30th. The photo speaks volumes about the conditions under which Karen disappeared, and fails to evoke such a benignant rundown. What with a flat tire and some of Karen’s clothes discovered near by in the brush, there’s no way to paint a pretty picture as far as what may have occurred.

The Huffington Post got a tip from one of Karen’s friends (Laura Jane) that Karen’s Halloween costume was found in her Murano and that a pair of her jeans and a gray zip-up was in the brush near the suspiciously forsaken vehicle. While it’s not yet official, Laura Jane has confirmed a DNA match between Karen and the newly discovered clothing articles. 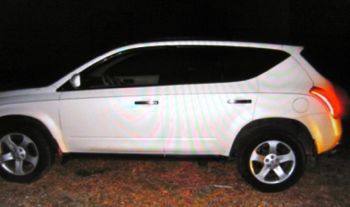 With regard to KJS’s Halloween costume, this poses something of a mystery to me, since I thought she had only left her home to pick up her daughter, who was sleeping over at a friend’s house and was said to be feeling a bit ill. When was Karen going to a Halloween party? Perhaps the costume was intended for trick-or-treating with her kids the following Monday, which was the 31st?

This detail should have a graspable answer, but one question still remains and doesn’t yet seem to have an easy solution, that all can see. If Karen returned at 1:30 AM, after picking up her distressed daughter, then when and why did Karen leave again, when everyone else was engaged in some serious sleeping? Moreover, did she leave on her own accord, freely and willingly, or was it under conditions of forced abduction?

Naturally, this is the million dollar question. David Swift heard her come home and is said to have had a brief word with her also. Nothing after that. Daughter gets up at 6 AM and notices she’s gone. An obvious problem with a stranger abduction model, or how she exits her Willie Johnson Road residence, is why weren’t the husband and daughters awakened by any commotion, in what would probably amount to some type of struggle?

Yes, there are major problems with attempts to make this fit. You might remember, when Holly Bobo was abducted, it was done with a measure of cleverness, where the stranger wore camouflage. An application of this modus operandi come with much difficulty, however, when we recall that Holly’s brother, Clint Bobo, was awoken and observed hints of the incident, but didn’t completely process what he had just seen, in the excitement of the moment.

This happens to all of us; most events are prosaic and forgettable. They come and go with our day to day activities and appear to have no particular significance. But something most odd happened to Karen Swift in the early morning hour of October 30th? This was a Sunday, and it looks like a singular intervention took place, an intervention which can’t be explained in a benign way, or that particularly has a logical explanation. 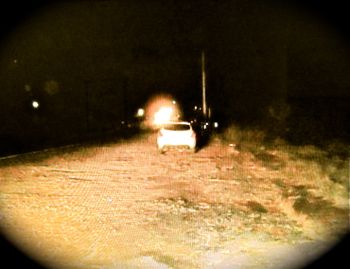 Yet when you project a serial predator onto the baffling circumstances, it can not immediately be rejected. That is, you can’t, rather quickly, discount this possibility with an immediate clue that ties the available evidence closer to home. This is also the case with Holly Bobo and with Katelyn Markham from Ohio. No one in their communities would seem to be responsible. And now we don’t see anyone that sticks out in Karen Swift’s vicinity of Dyersburg, TN.