On Friday, Democrats and Republicans voting together for America inflicted a stunning defeat to Barack Obama’s trade bill. This defeat puts his ambitious trade agenda in serious doubt, which he seems to have positioned as his capstone second-term achievement.

Congress can approve or reject, but not amend trade deals. That gives the administration little chance, if any, of securing the Pacific Rim pact. This is a deal they have been working on for years in almost total secrecy. Secrecy is the key to describing his defeat last week. Nobody was consulted, and therefore nobody knew what was happening.

Democrats voted down a worker assistance program that was crucial to the negotiating authority measure. It came only hours after Obama implored them not to. They weren’t buying his spiel. The strained relationship between Obama and congressional Democrats is now in plain sight. He has been in office for six years, virtually ignoring democrats, expecting them to do his dirty work. He has not greased their palms with golf games or intimate dinners in six years and now he needs them, he turns up one day before the vote, at the congressional baseball game.

How could he expect that to work in his favor?

Obama had been spending time over on the other side of the House, with Speaker John Boehner. Obama and the Ohio Republican had been working together to steer the bill through choppy waters. But it wasn’t Republicans that Obama had to worry about, it was Democrats.

That the two of them working together couldn’t get the bill passed while Democrats have the lead speaks volumes about what will happen next. For the next 18 months, with lame duck Obama in the White House, and Republicans running Congress, it doesn’t bode well for the Obama legacy.

Republicans will focus on challenging his policies through the courts including immigration reform and Obamacare. Obamacare is expected to be decided in the court next week.

The last president who spent such a huge amount of time fighting the Supreme court over policies, was FDR.

The reason Obama last this trade bill is that California House Democratic leader, Nancy Pelosi, her labor-backed allies want to kill the entire trade package. They voted against the Trade Adjustment Assistance program and it is unlikely that enough Democratic votes can be raised to pass it, even though Democrats have promoted it for years.

Obama is stuck between a rock and a hard place.

Unions and union-backed House Democrats already know what happens when presidents get their way on trade deals. What they get is job and manufacturing losses in their districts, even with their guy in the White House. On the other side, pushing for the special negotiating power were the White House, congressional Republicans and business groups. 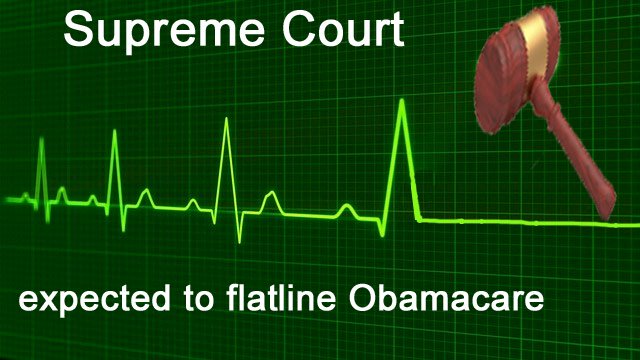 The trade deal isn’t the only thing at risk this month. The Supreme Court is about to rule on Obama’s signature legislation, Obamacare.

Pundits expect the court to rule against the whole law, mainly because so many states opted out of creating their own exchanges, which was to be whole basis of the law. Allowing the federal government to do the heavy lifting, the law has been reset in an unlawful way.

The law is widely predicted to be crushed next week.