President Obama has taken a wrecking ball to the US economy. Things have not been going well since he became president, and he has done nothing that has created and maintained jobs.

Anyone, even a janitor with no education, could create jobs by spraying money out all over the place, but what the country needs is jobs that pay a decent wage and that last. Temporary jobs do very little, and jobs that come along with big projects, where the majority of the money goes into something other than labor do not make a dent in the unemployment.

There have been scenes of chaos on the southern border, caused by the actions and inaction of Barack Obama and his administration.

Illegal immigration has been hurting Americans and our cities for some time, even back into George W. Bush’s presidency, and before, but things have gotten a lot worse under Obama’s “guidance.”

America’s mayors have been forced to take their own action.

Mayors called on Congress to immediately convene a bipartisan meeting to enact legislation to address the urgency of illegal immigration, because the federal government has not done its job. It was already bad, but the new influx from the south has become a major financial burden on local governments.

This is what happens when a feckless president and a feckless congress abrogate their responsibility to the people they are supposed to be serving.

That quote came from Tom Tait, the mayor of Anaheim, California, who is the co-chair of the bipartisan Immigration Reform Task Force. Tait was speaking at the annual meeting of the U.S. Conference of Mayors in Dallas.

The mayors want much more to be done to secure the border and they want support for their city and state governments, whose finances are being strained by costs associated with massive and increasing illegal immigration, because the federal government isn’t doing what it should be doing.

Since last October, the Department of Homeland Security now tells us that 52,000 unaccompanied children illegally crossed the U.S. border with Mexico.

The White House calls this a “humanitarian crisis.” In other words, the White House cares about the immigrants, but it doesn’t care about National Security, the fact that Americans are spending their money to pay for services for illegals, that local government services are being overloaded, or that the country is being filled up with foreign nationals that don’t share our ideals.

After a lot of noise was made, the White House finally announced last week that it was “expanding the government’s ability to process and deport people and announcing new funding to boost security in crime-plagued Central American countries.” As usual, they haven’t done much at all, and the border enforcement community is still seeing the invasion of young people.

Finally, the fingers are being pointed. In Washington D.C. the fingers are pointing directly at President Barack Obama’s 2012 decision to give temporary relief from deportation to some young people brought to the United States illegally by their parents. This new influx of illegals is a direct result of that, because, as has been seen before, it was a direct invitation for them to come.

If you create a loophole that subverts the rules, and you broadcast it to people who aren’t happy about their current position, it is guaranteed that thousands of them will take up the offer.

Thank you, Barack Obama, it worked, you’ve given away the farm. I seem to remember something you said twice in public and once in private, because the first one was flubbed:

You didn’t really mean it, did you? Or is it just that your ability didn’t match the hype? 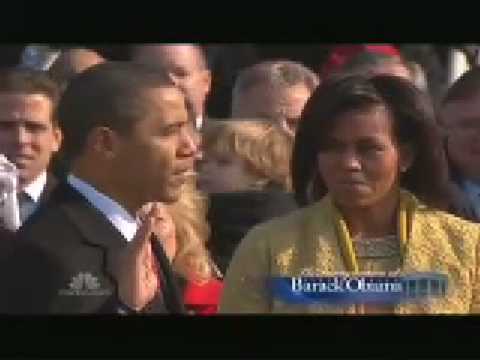