A Glorious Night of Gospel and Blues at N.J. State Theatre

The Blind Boys of Alabama opened for Taj Majal on June 18th at the New Jersey State Theatre, where they easily managed to eclipse the headliner in terms of intensity and audience appeal. “Boys” is a bit of misnomer for the six-time Grammy-winning gospel group formed way back in the 1930s by 9 year-old students attending the Alabama Institute for the Negro Blind, located in Talledega.

Sadly, only a couple of the founding members are still alive, Jimmy Carter and Clarence Fountain, and the latter’s participation in concerts is limited to the extent his failing health allows. But in the early decades, the talented ensemble crisscrossed the country, often going on tour with The Blind Boys of Mississippi, with whom they would share the stage in a friendly battle of the bands.

The show I attended featured a mix of traditional, classic and modern spirituals, ranging from “I Shall Not Be Moved,” to Curtis Mayfield’s “People Get Ready,” to Norman Greenbaum’s “Spirit in the Sky,” to a novel arrangement of “Amazing Grace” set to the tune of “House of the Rising Sun.”

Despite now being in their 70s and 80s, the hard-working harmonizers maintained their high energy for the duration of the hour-plus set, with Jimmy being guided up and down the aisles for hugs, handshakes and photo ops during a lively encore that brought down the house.

By contrast, the Taj Majal trio was relatively-subdued, and fed his fans a steady diet of blues, blues and more blues, ignoring the jazz, reggae, rock and R&B in his repertoire, except for a brief incursion into his African roots. Otherwise, his playlist included such standards as Blind Lemon Jefferson’s “Corinna, Corinna,” T-Bone Walker’s “Mean Old World,” Muddy Waters’ “Honey Bee,” John Lee Hooker’s “Annie Mae,” and Mississippi John Hurt’s “Satisfied and Tickled Too.”

Taj was backed by drums and bass while he played guitar (dobro, electric, 12-string acoustic, and so forth) on all but a number where he sat at an electric keyboard. At 72, I was concerned that he might have lost his voice, but it sounded as powerful as ever, and he definitely delivered, provided you came content to hear the brother sing the blues.

You can hear “Clara: St. Kitts Woman” by Taj Majal in this video: 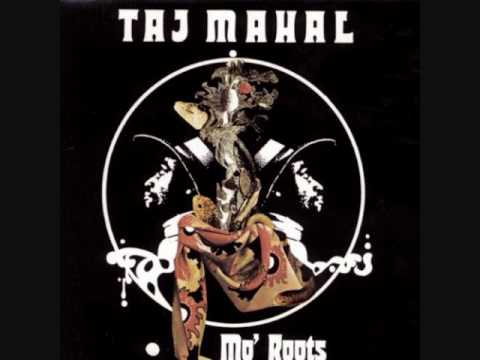