Things have not been going well between the new New York Mayor Bill de Blasio and the New York Police Department (NYPD). The Mayor has either tried to patch things up or maybe he is just pretending the problems aren’t there.

Note to de Mayor – it isn’t working, the rift appears to be widening, and your office isn’t helping.

Last Monday, loud heckles and boos were heard, along with some cheers (maybe from his friends and staff), while he was addressing police cadets at a graduation ceremony. This was just two days after uniformed officers turned their backs on him as he left a police officer’s funeral.

Many people were very surprised to see the besieged mayor arrive at the NYPD graduation ceremony in Madison Square Garden. He seems to be struggling to keep a civil tone, as the toxic environment worsens.

De Blasio triggered the problem himself, when he back protestors over police. The protests were supporting black men killed by police officers in Ferguson, Missouri and New York. The situation deteriorated sharply when two police officers were assassinated execution-style while sitting in their police cruiser in Brooklyn.

At the NYPD graduation ceremony in Madison Square Garden, de Blasio told the graduating cadets, “You will confront all manner of problems. Problems that you didn’t create.”

That was a poor choice of words by the Mayor, considering that he has shown support for the anti-police protestors.

A heckler in the crowd was heard to shout, “You created them!” That was followed by applause from the assembled officers.

Although De Blasio appeared uneasy at the event, he did stay until the end, even though more than a dozen police officers turned their backs on the mayor while he was speaking. It was a very small group, compared to the number that had done so when de Blasio spoke at officer Rafael Ramos’ funeral Saturday.

De Blasio’s spokeswoman, Marti Adams, said, “We want to remind folks that today was not the first time a NYC Mayor has been booed at a police graduation.” They were obviously expecting trouble, because that statement was circulated before the mayor’s remarks.

The second officer killed in the cruiser, Wenjian Liu, will have his wake this Saturday in Brooklyn, and the funeral will be held Sunday. It will be interesting to see if the mayor attends. 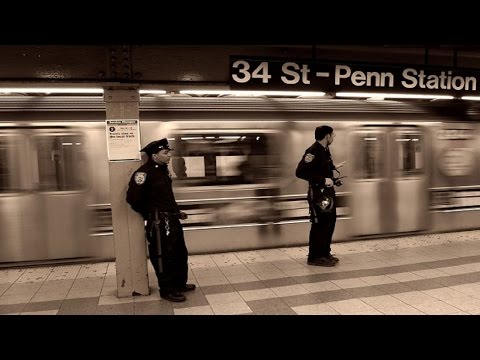