What is the true religion? Either it is holy Kaaba in Saudi Arabia or Najaf & Karbala in Iraq, either the Golden Temple in North India or Tirupati in the South. Similarly various religions have their own pilgrimages where the devotees have donated infinite amounts of gold and silver. And this trend is continuing.

Recently, a devotee presented a chariot weighing quintals in the Sai Baba Temple in Shirdi, in India.

No doubt, it can be the individual faith of a devotee. But the people who know about the deeds and sacrifices of Lord Ram & Krishna or the people who have read about Sai, Nanak, Hussein, Ali or Prophet, must also know that had these great men be with us today, they would probably not have accepted such gold, silver or cash presents.

Then what is the truth behind this tradition in the name of religion? In what way does our society benefit by such traditions of donating gold or silver? Is donating to pilgrimages according to one’s level of income the best way to follow the religion?

In this article, I would like to mention incidents relating to two great men so that today’s responsible people can understand what the religion is. 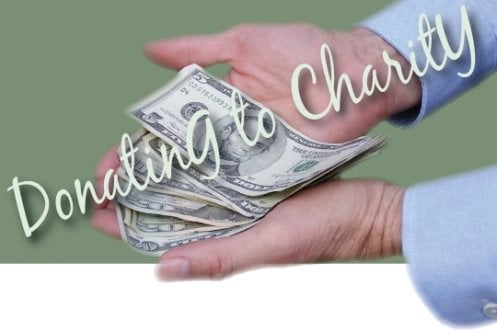 There are many incidents related to Maharaja Agrasen of Vaish community which teach us to follow the path of religion. But here I would like to mention only one incident. He started such a scheme for immigrants of his Agroha province situated in India, so that they can easily arrange their food, clothes and housing. He ordered the all people of his province to donate a rupee and a brick to every immigrant. Under this scheme every immigrant used to build his house by bricks & start his occupation by the received money. Maharaja Agrasen also directed the people to cooperate with the business of that person & buy things from him so that he soon became self dependent.

Now have a look at an incident related to Hazrat Ali of Islam. Once Ali was busy in a religious and social discussion with his followers. In between, a person told him about Hatim, a famous and generous man of the 6th century. Ali asked him to tell any story related to Hatim. The person stood up and told that Hatim built a palace with nine doors just for the purpose of charity. Hatim directed his courtiers that every needy person should visit and be given something from all 9 doors. After hearing this, Ali said this is not charity! He said had Hatim given that much from a single door so that the needy didn’t need to go to next door, then he would have been called truly generous. Instead, he built 9 doors to show off his generosity. This is not true charity, Ali said.

The above incidents give us a similar message about religion. That is to make a person self-dependent and capable of taking care of his family is the biggest charity. But the devotees of these holy men donate in their name, gold, silver, or money for the construction of temples or mausoleums. Either it is a silver chariot for the simplest person like Sai Baba, or it is donations for daily meals in the temples.

But the poor man remains where he was. He doesn’t get anything out of it. Neither that charity that is in the name of god reaches the god, nor it is capable of making anyone self-dependent. Even public meals can fulfil the hunger of a needy for some hours only.

I recently met a radical maulvi (cleric). He knew something about Islam, but he was presenting his every word as god’s saying and last truth. He said a person without a skull cap, beard, namaaz, roza etc. is not even a human, forget about being a Muslim.

When I asked him about the Bangladeshi Nobel Peace Laureate Mohammad Yunus, he was unaware of him. It’s obvious if he is not aware of the name, how can he know about the work of Yunus? I told him abut the microfinance plan run by Mohammad Yunus and also told him that he is aiming at removing poverty from the world without taking into account anybody’s caste or religion.

I told him that Yunus does not have a beard, nor does he wear a skull cap. But in my view, today’s angels are people like Yunus who want to do something creative & experimental for the social good. They don’t believe in donation, charity & a one time meal. But notwithstanding my lecture, Maulvi was stuck on his stand that whatever the case, since Yunus doesn’t follow Islamic ideals he can’t be called a true Muslim.

Ultimately I got rid of that maulvi by saying that whether he calls Yunus a Muslim or not, the entire world knows him as a great human being and this is the biggest achievement of his life. Millions of people across the world have become self dependent by his efforts and are living a respectable life. Yunus considers his work as true religion.

Recently Microsoft chief and the world’s richest person Bill Gates toured India and visited Amethi in Uttar Pradesh and Khagaria in Bihar. He was interested in starting social plans in such places. Reports say that he has spent a large part of his wealth in such social plans. Though it may not be entirely true, we haven’t heard of any Christian donating gold at any church. Yes, for cancer and AIDS control, computer education, poverty alleviation etc., but the maximum contribution comes from those people only. The International Red Cross Society is one such example which is today helping millions of people across the world daily.

Therefore, it is necessary that we do charity because it is related to our faith and beliefs. But we should also take care of society’s only good and true religion while making any charity or donation.