What really happens in history and what we think happens are two distinct universes that don’t necessarily intersect. In her introduction to Hubris: Selling the Iraq War, Rachel Maddow holds a facsimile of the Tonkin Resolution, which gave LBJ the authority to initiate the Vietnam War. This is a good analogy for why or how we got into a nine year war in Iraq, since the pretext for starting a war with Communist North Vietnam was based on manufactured intelligence. History repeats itself with Iraq, as Rachel wisely points out.

I’ve watched Hubris twice already and I’m still in disbelief, even though I’ve seen all the individual pieces of the puzzle before. What I’m thinking, is that when you put it all together in one package, and it becomes overwhelmingly shocking. I must interject here, the writing of this history (the MSNBC special is based on a book with the same title, by David Corn and Michael Isikoff) assembles all the component parts that are the ingredients of a war that was absolutely unnecessary. 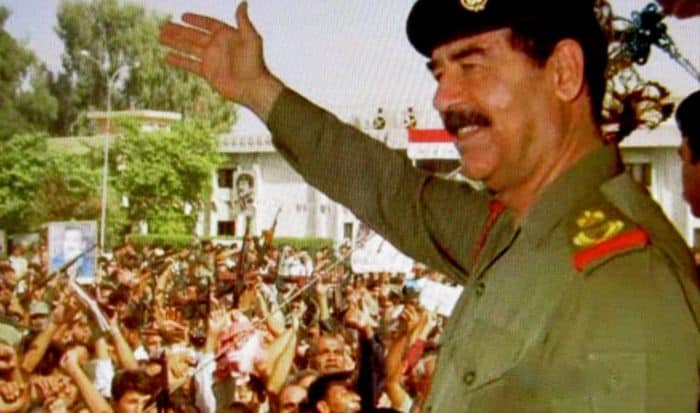 If that is true, and it looks like it is, then it must be an important objective of historians to unmask how the Bush administration was able to sell the American people and Congress that invading Iraq and deposing Saddam Hussein would be a good idea. The premise here, is that Bush and Cheney felt as if Hussein had to go at any cost (finishing the job that H. W. Bush started with the Gulf War). Why these two felt this was true is unclear, even to this day. After the Gulf War, Saddam was essentially a lame figurehead, who posed no threat to the United States.

9-11 provided the political poker card for the Bush administration to launch a campaign for a needed invasion of Iraq, according to the MSNBC special Hubris. The way they did this was very clever and in my mind, very evil, since every one of the component parts of so called evidence, culled mainly from the CIA (but twisted around to fit with their preordained agenda), was phony, false intelligence. The odds of this occurring in just the way it did would seem impossible, but we know it did happen, so we can put it to rest!

The key here, or what I call the ‘plumbing of the plot,’ or another powerful adage I thought of, the ‘engineering of the conspiracy’ to go to war with Iraq, was tying Saddam Hussein in with Al-Quaida, the 9-11 plot, and the secretive amassing of WMD. What they came up with was very shaky, but no one had enough courage to call them out on the fabric of lies they wove, assuring a dramatic invasion of Bagdad, which zapped our TV sets like a rocket on March 19, 2003.

The nuts and bolts of the Whitewash must be examined meticulously again under a microscope! I won’t do that here (you’ll need to roll the Hubris tape), but will drop a few names and phrases: Al-Libi is tortured by the Egyptians and tells some lies. Curveball, who has his own grievances against Saddam, lies to the Germans about Iraq’s mobile biological weapons capability. Then we have the phony Atta photo in Prague, which Cheney mentioned to Tim Russet on Meet the Press. And don’t forget the 60,000 aluminum tubes used for gas centri-fusion.

Tubes don’t fit Dick! Distorts New York Times piece to reinforce the false aluminum tube clue. The Yellow-Mattered-Custard (Yellow Cake) was BS too! We don’t want the smoking gun to be a mushroom cloud (C. Rice says)! Why did so many members of Congress and so many senators vote to go to war? Most of them didn’t even read the intelligence reports. Democrats crumbled also. Vietnam/Iraq? What’s the difference. Run the tape again. Now do we get it?