Recently, a video was issued by the terrorist organisation Al Qaeda. In this video, an Al Qaeda commander Mustafa Abu Al Yazid was shown spitting out poison against India, the US and Pakistan administration. This fundamentalist leader named Yazid issued self-contradictory threats. He advised and threatened the Pakistan administration and Pakistan army to not to cooperate with the US and at the same time, warned the Indian army that if they try to attack Pakistan, they will face the same fate as the Soviet army met in Afghanistan.

In this case, he said that warriors of Al Qaeda and the Taliban would jointly fight against India. He also warned that there will be more attacks in India on the lines of the Mumbai attacks, in November last year. Here it is necessary to state that he is the same Al Qaeda commander Mustafa, who was claimed to be killed by the Pakistan army in an attack. But recently, Yazid issued a video tape that revealed that he is still alive.

For some historical perspective, about 1,400 years ago, the then Syrian ruler Yazid was the first to start terrorism in Islam by mercilessly killing the near relatives of the Prophet. He killed Imam Husain and his family members. After that, Muslims stopped naming their newborns Yazid.

Similarly in India, some newborn babies are named Rama, Laxman or similar, but they avoid the name Ravana. As the man Abu Al Yazid has issued a tape which is anti-human and anti-Islam, it means that Yazid has not died yet, he is still alive. This may mean the name Yazid is still acceptable and “Yazidi” thoughts are spreading even today. 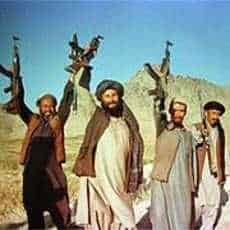 Al Qaeda and Taliban are two sides of the same coin, that is terrorism. Both organizations are in favour of extreme fundamentalism and dream to rule over the self styled Islamic empire across the whole world. In fact, they were encouraged when the Taliban in Afghanistan were helped by the US to root out the Soviet army. During this cold war struggle, the US was successful in its policy and got Afghanistan free from the influence of the Soviet Union. The US policymakers did not even dream that the Taliban would take on their current path.

Today the combined Taliban and Al Qaeda networks, along with dozens of other terrorist organizations have become a great headache to the peace loving citizens of the world. These organizations seem to have a vast store of weapons. If it was not so, how would a commander like Yazid imagine challenging the army of a big country like India.

If you remember that when Osama Bin Laden first proved a headache for the US, the US pressured Saudi Arabia and got Osama ejected from there. Then the active Afghani Mujahideen, known as the Taliban, had its chief Mullah Mohammad Omar who gave shelter to Bin Laden. Relations between the Taliban and Al Qaeda were such that Mullah Omar married one of his daughters to Osama Bin Laden.

The Mujahedin made the Soviet army leave Afghanistan. The terrorist leaders took it as their great victory and they captured a large store of ammunition. The current increase in Taliban power is forcing the US to fight and disarm them.