Yes, words have consequences. Democrats became increasingly frustrated over the past few years, that their elite-preferencing policies failed. Democrats used the poor and the inconsequential, the minorities and the disenfranchised for their own ends.

Democrats threw away the conservative idea of frugal management and gave away free stuff that wasn’t theirs to give.

Politicians would do well to remember the words of Davy Crocket. “We have the right, as individuals, to give away as much of our own money as we please in charity; but as members of Congress we have no right so to appropriate a dollar of the public money.”

Obama gave away Obama phones, and he and his democrat co-conspirators gave away trillions of dollars in Obamacare. Bernie Sanders wanted to play Robin Hood, taking from the rich and giving to the poor. Hillary Clinton so hated some Americans that she called them a basket of deplorables.

Since Donald Trump was elected by Americans, the left have stamped their little feet and cried a lot. They have also been inciting riots and violence. Their words continue to have consequences.

Conservatives and Republicans didn’t like Obama, but there was no organized uprising against him. This is a hallmark of the left, the intolerant rabble who demand tolerance from others, and easily resort to violence.

A valid question is, have they created a monster they cannot stop? 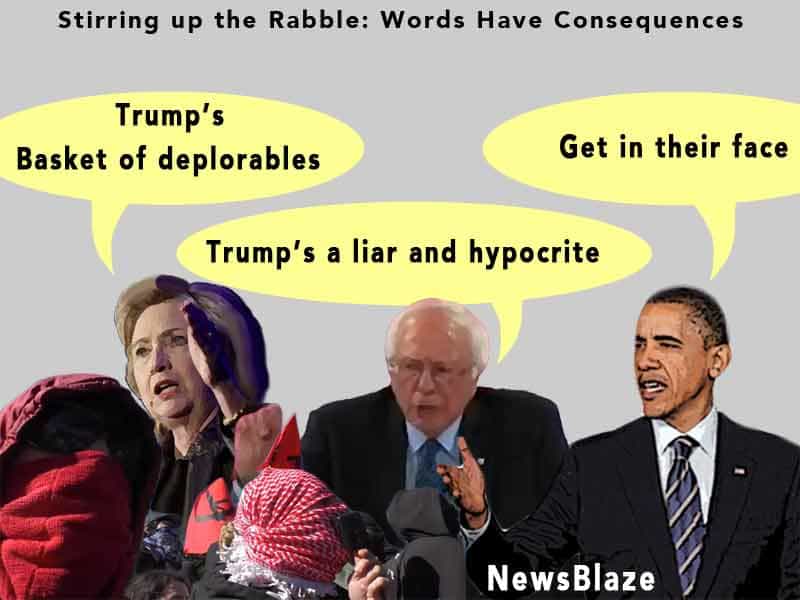