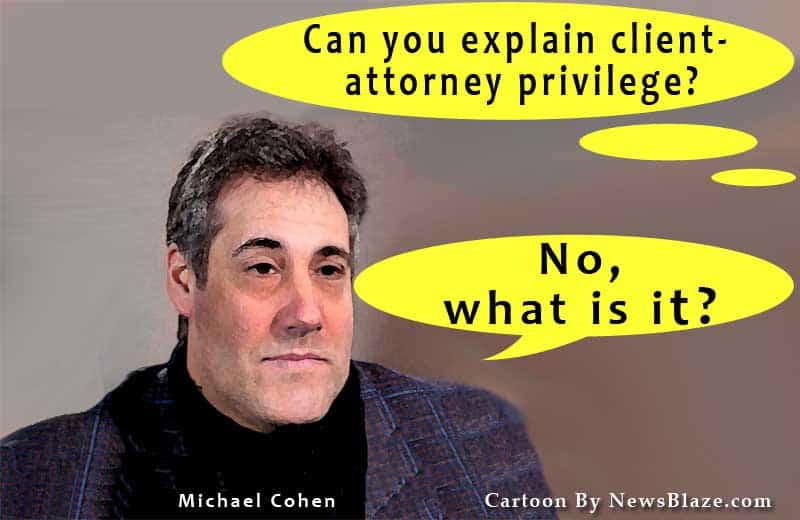 These people display great confusion over parole. They also want him doing hard time, and they want him in a prison with very nasty people.

Confusion arises because people don’t know how to research such things, or they can’t be bothered to conduct research.

Cohen and his lawyer must have requested to self-surrender so he could get his affairs in order. And it seems the judge must have agreed.

It is possible Michael Cohen’s sentence may be reduced at some point, possibly before he surrenders, but possibly after. He may still be cooperating with federal authorities and they may offer him the prospect of a reduction if he does.

There is no parole in the federal prison system. There can be a 15% reduction if the prisoner has no discipline problems while in prison.

That would reduce his time in prison by 5.4 months.

So which prison will Cohen report to? Nobody knows at this point, but it is likely to be a low security prison. The rumor mill is sure to be working overtime for the next two months.

So what about the other half of Americans?

The other half realize that just because Cohen said that Donald Trump directed him to do something, that may not be true. If Cohen has been proven to be a liar, then how is it that Trump’s opponents now believe he is a credible witness. Well, that’s because they want it to be true and it supports their position against Trump.

Trump Derangement syndrome is on display.

But that doesn’t necessarily make what Michael Cohen said true. But it could be. We don’t know yet.

We already know from the Flynn case, that federal prosecutors can pressure people to admit to something they didn’t actually do. This can take the unbearable pressure off themselves or their family.

The half of Americans who hate Cohen and Trump appear to be very happy about Cohen going to prison. But there’s not really much joy in someone else’s downfall.

Let those without sin cast the first stone.