As Colin Powell endorsed sleepy creepy Joe Biden, over Donald Trump, many people were not surprised.

Like Mitt Romney, Colin Powell, the man who lied to the world about WMDs to get the war against Saddam Hussein started, has been infected with Trump Derangement Syndrome.

Powell said of Trump, “He lies, he lies about things … and he gets away with it because people will not hold him accountable.” Powell apparently forgot that he lied when told the world that Sadam Hussein had WMDs and he intended to use them. That one lie resulted in the destruction of Iraq, the destabilization of the middle east, and the ruin of many lives of people all over the world.

But starting a horrendous war didn’t seem to be of any consequence to Powell. The man who went to the UN to light up a gasoline can with a match has endorsed a man who can’t hold a coherent conversation for more than 30 seconds, or maybe even 10 seconds.

Powell also said that he didn’t vote for Donald Trump in 2016. No word on whether he voted for Hillary Clinton, though.

It seems the Republican establishment would rather have an ineffective democrat as president than Donald Trump, who has been busily destroying bad actors inside the government, while they’ve been trying, unsuccessfully, to get rid of him. 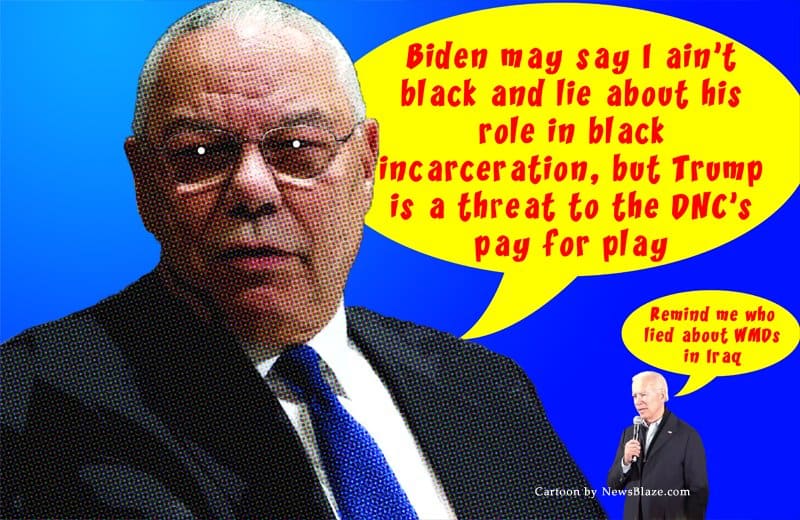