More Mishaps due to Increasing Space Debris and Activities

As the world has become more reliant on space, the United States of America said the long-term sustainability of space environment is at serious risk as space activities rise.

In his remarks in Beijing, China, Assistant Secretary Frank A. Rose for Bureau of Arms Control, Verification and Compliance, said the long-term sustainability of the space environment is at serious risk from the growing problem of space debris and irresponsible actions.

Mr. Rose highlighted that 60 nations operate satellites and continue to benefit from space activities. However, there are downsides to this system.

He further cited that as the world continues to increase activities in space, the chance for a collision increases correspondingly.

Also, if the urgent problem of debris is not addressed, access to some space services could someday be seriously degraded or even lost.

US Addresses Challenge of Space Debris and Security

As a committed nation in promoting the long-term sustainability and security of the space environment, the US is currently tracking tens of thousands of pieces of space debris 10 centimeters or larger in various Earth orbits.

He cited that because of the high speeds at which these objects travel in space, even a sub-millimeter piece of debris could cause a problem for human or robotic missions.

This serious problem continues to grow as more debris is generated by routine operations as well as by accidents, mishaps, and irresponsible actions.

According to Mr. Rose, to preserve the right of all nations to explore and use space for peaceful purposes, and for the benefit of all humanity, international and regional cooperation is necessary.

In addition, Mr. Rose stressed that the cooperation between countries and companies on these space systems and their associated services and applications are vital to peoples’ daily lives across the Asia-Pacific and the world, enhancing economic growth and development as well as security.

According to Mr. Rose, Transparency and Confidence-Building Measures (TCBMs), can play in addressing the chllenges of space debris and space security.

“Specifically, we should focus on TCBMs that encourage responsible actions in, and the peaceful use of, outer space.” – Mr. Rose

Mr. Rose explained that this approach aligns with the ARF’s objectives to 1) foster constructive dialogue and consultation on political and security issues of common interest and concern; and 2) make significant contributions to efforts towards confidence-building and preventive diplomacy in the Asia-Pacific region.

US Builds Partnerships to Address Problems of Space Environment

Aside from boosting its alliances for the new demands of the 21st century, the US is also building new partnerships to help solve the shared problems of the space environment.

The US asserts that all established nations and emerging spacefaring nations have a responsibility to maintain the sustainability and security of the space environment.

Strong U.S.-India cooperation on space security issues in the Asia-Pacific and internationally also made a difference.

The US expects the relationship between India and America will be one of the defining partnerships of the 21st century because India plays a strong leadership role in regional and multilateral space fora, where India has much to give, and also to gain.

Space Getting Congested? Much Has Changed!

Over fifty-five years have passed since Sputnik was launched, and much has changed, both in space capabilities.

Today, the world relies on satellites for communications, for disaster management and relief, for treaty monitoring, and for sustainable development, among many other things.

Reports say there are approximately sixty nations and government consortia, as well as numerous private sector organizations that operate in space, and that number is expected to continue to grow.

Increasing space debris has resulted in increased orbital congestion, complicating space operations for all those seeking to benefit from space.

As the United States’ strategic guidance for “Priorities for 21st Century Defense” points out, “Growth in the number of space-faring nations is also leading to an increasingly congested and contested space environment, threatening safety and security.”

Today’s space situation is even more pronounced than it was a decade ago.

Space is no longer an environment accessed nearly exclusively by two superpowers or a few countries. Barriers to entry are lower than ever. Many countries are enjoying access to and the benefits of space in unprecedented numbers.

Paradoxically, while it is becoming increasingly easier to access as well as to benefit from space. However, decades of space activity have littered low Earth orbit with debris, and as the world’s spacefaring nations continue to increase activities in space, the chance for collision increases correspondingly.

The situation means the countries need to think carefully through how all countries can all operate there safely and responsibly.

The U.S. Department of Defense tracks roughly 22,000 objects in orbit, of which only 1,100 are active satellites. He added that while some pieces of debris are simply “dead” satellites or spent booster upper stages still orbiting, and others are the results of accidents or mishaps, such as the 2009 Cosmos-Iridium collision, some debris is the result of intentionally destructive events, such as China’s test in space of an anti-satellite weapon in 2007.

US emphasizes that ensuring the long-term sustainability, stability, safety, and security of the space environment through measures such as providing prior notifications of launches of space launch vehicles, establishing “best practices guidelines,” and warning of risks of collisions between space objects are in the vital interest of the United States and the entire world community and enhance our mutual security interests.”

The Obama Administration says it is committed to ensuring that an International Code enhances national security and maintains the United States’ inherent right of individual and collective self-defense, a fundamental part of international law. The United States would only subscribe to such a Code of Conduct if it protects and enhances the national and economic security of the United States, allies, and friends. The Administration is committed to keeping the U.S. Congress informed as our consultations with the spacefaring community progress. 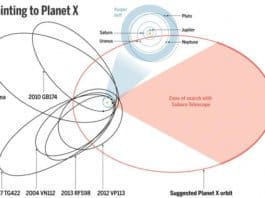 Eye Expert Advises Viewers to Use Solar Filters on August 21... 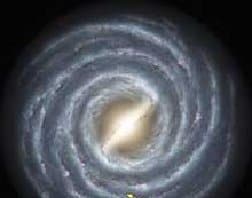 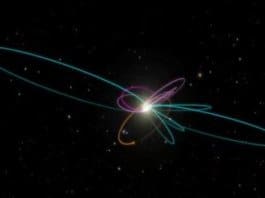