Accompanied by Folsom Fire Service and Parks and Recreation Staff, Clayton Anderson held the attention of over 500 Folsom locals at the Folsom Middle school.

The one hour presentation had over 500 pairs of eyes riveted to Clayton and his slideshow, as he took us on a journey from Nebraska to Florida, to the International Space Station and back. 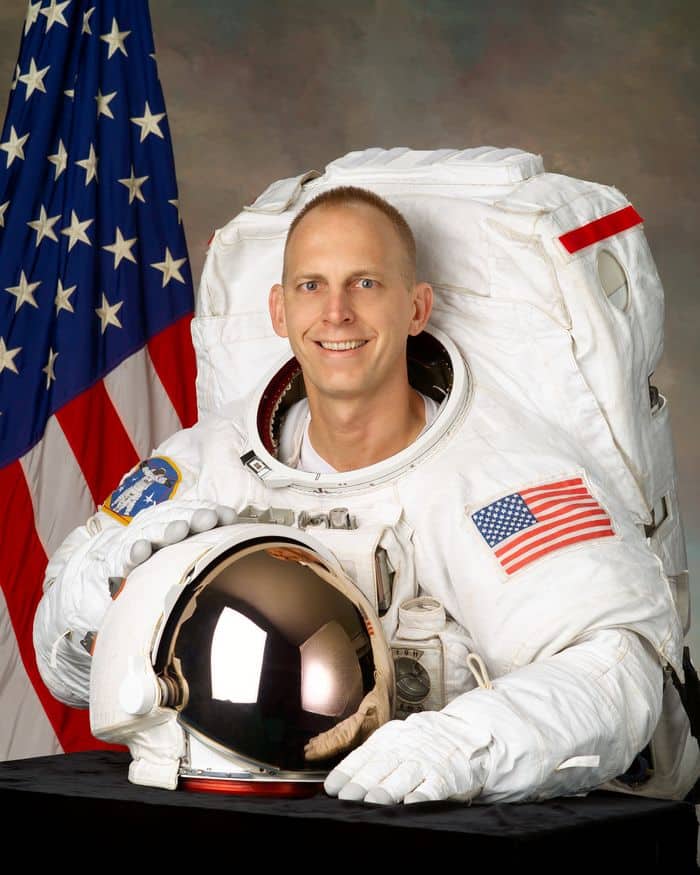 During his 152 day stint on the Space Station, he had three spacewalks, one of which was to “take out the trash,” creating two space satellites, called “Nebraska 1” and “Nebraska 2.”

His photos showed amazingly clear pictures of the earth from 215 miles above us, including the Pyramids in Egypt, the Aswan Dam, St Louis, Lake Michigan, Areas of Nebraska, a couple of football fields, even the shadow of a famous arch.

At the end of the presentation, Clay answered many interesting questions from the audience and then signed autographs.

Based on the response from students, it seems to me that Clayton’s presentation will spur a lot of academic achievement over the next few years. If a kid from a small town in Nebraska can get to the International Space Station and go on three space walks, why not a few dozen kids from Folsom?

Thanks to Fire Chief Dan Haverty and the Folsom Fire Service Crew for bringing Clayton safely to the presentation.