When the annual seal slaughter gets underway in Canada-and by the time you read this, the first seals have already been clubbed and shot-sealers will have to follow new guidelines aimed at making the hunt less cruel. For example, sealers will be required to make sure that seals are dead before skinning them.

Talk about setting the bar low.

Am I the only one who feels that if sealers have to be told to ensure that animals are actually dead before ripping the skins off their bodies, perhaps they’re in the wrong business?

Yet we know from eyewitness accounts of past hunts that, yes, such things really do have to be spelled out for some sealers. Observers of previous hunts have seen conscious baby seals stabbed with boat hooks and dragged across the ice. They’ve seen dying seals huddled together next to dead ones on the ice and terrified survivors crawling through the carnage. They’ve seen wounded pups left to choke on their own blood as hunters rush to attack the next scampering victim. 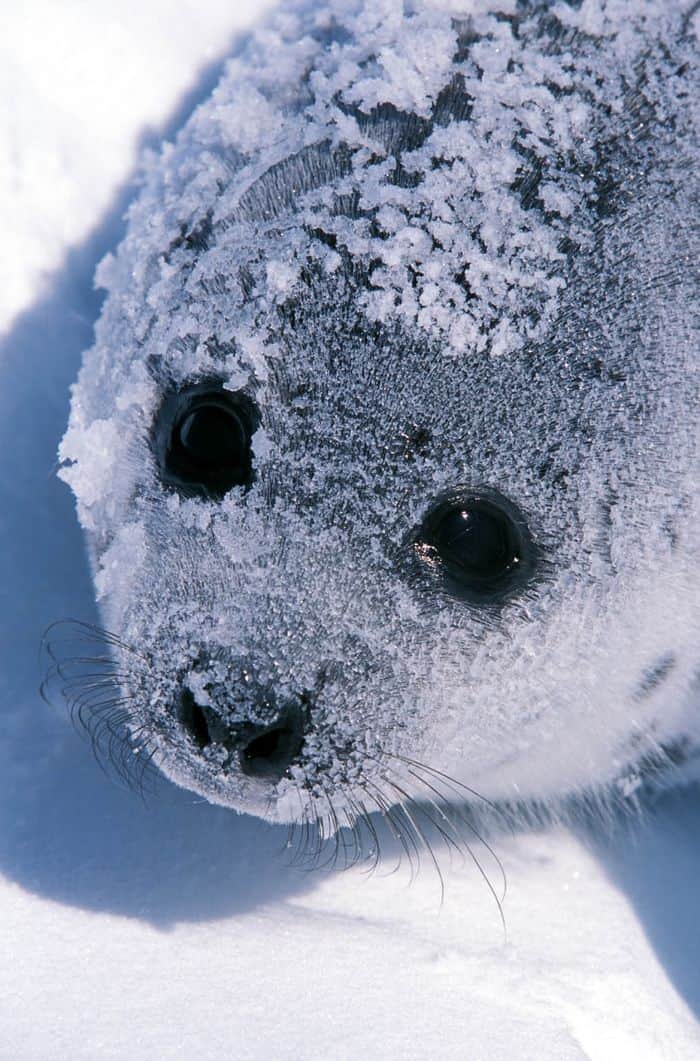 And one Washington Post reporter saw this: “[A] seal appears to gasp for air, blood running from its nose as it lies on an ice floe. Not far away, a sealer sharpens his knife blade. The seal seems to be thrashing as its fur is sliced from its torso.”

Even now, with the new guidelines in place-and the eyes of the world upon them-some sealers are making excuses for why they can’t always check to see if seals are dead. If the ice is thin, one sealer told Canada’s National Post, “[t]hen you got to retrieve your seal and check them in your boat. They got to be retrieved by the hakapik or whatever.”

I’m sorry, but impaling baby animals in the jaw with a hook and lifting them onto boats-without knowing if they are dead or at least unconscious-does not fit anyone’s definition of “humane.”

And let’s get one thing straight here: While hunters object to calling these seals “babies,” that’s what they are. Sealers are not allowed to kill “whitecoats,” seals who still have their white natal fur. But seals are only white for 12 days or so. So chasing down 13-day-old seals and beating them to death is just fine. At least if you’re a sealer.

To the rest of us, it’s anything but-and the international community is starting to speak out. Belgium and the Netherlands have passed laws banning the importation of seal fur, oil and other products. The European Union is considering similar legislation.

Even most Canadians are appalled by this cruel hunt-at least, that is, the ones who know about it. In a 2005 article, Vancouver Sun columnist Daphne Bramham reported that according to one study, 60 percent of Canadians are “blissfully unaware that the seal hunt still exists.”

This is one instance in which ignorance is not bliss. Everyone who is aware that the seal hunt continues needs to take action to stop it. We can start by making sure that there is no demand for fur-not seal fur, not rabbit fur, not any fur. Because anyone who wears a fox-fur stole or a jacket with rabbit trim is helping to create an environment in which fur-all fur-is acceptable. Next, tell Canadian Prime Minister Stephen Harper (his e-mail address is easily available online) that it’s time to put an end to this shameful spectacle once and for all.