1. It is a myth that dogs are color blind. They can actually see in color, just not as vividly as humans. It is akin to our vision at dusk.

2. Dogs DO have better low-light vision than humans because of a special light-reflecting layer behind their retinas.

4. If never spayed or neutered, a female dog, her mate, and their puppies could produce over 66,000 dogs in 6 years!

5. Dogs’ only sweat glands are between their paw pads.

6. Like human babies, Chihuahuas are born with a soft spot in their skull, which closes with age.

9. President Lyndon Johnson had two beagles named Him and Her.

10. Franklin Roosevelt spent $15,000 for a destroyer to pick up his Scottie in the Aleutian Islands.

11. In Roman times, Mastiffs donned light armor and were sent after mounted knights.

12. The Russians trained dogs during WWII to run suicide missions with mines strapped to their backs.

The Most Popular Cat and Dog Names Keep Changing

15. The U.S. has the highest dog population in the world.

16. France has the 2nd highest dog population in the world.

18. 87% of dog owners say their dog curls up beside them or at their feet while they watch T.V.

19. Dogs can be trained to detect epileptic seizures.

22. Gidget is the name of the Taco Bell dog.

23. Newfoundlands are great swimmers because of their webbed feet.

25. Greyhounds are the fastest dogs on earth, with speeds of up to 45 miles per hour.

26. Bingo is the name of the dog on the side of the Cracker Jack box.

28. Three dogs survived the sinking of the Titanic – a Newfoundland, a Pomeranian, and a Pekingese.

30. Obesity is the #1 health problem among dogs.

32. An American Animal Hospital Assoc. poll found that 33% of dog owners admit to talking to their dogs on the phone and leaving answering machine messages for them while away.

33. Dog’s nose prints are as unique as a human’s fingerprints and can be used to accurately identify them.

34. At the end of the Beatles’ song “A Day in the Life,” a high-pitched dog whistle was recorded by Paul McCartney for his sheepdog.

35. 70% of people sign their pet’s name on greeting and holiday cards.

38. The phrase “raining cats and dogs” originated in 17th century England when it is believed that many cats and dogs drowned during heavy periods of rain.

41. The largest breed of dog is the Irish Wolfhound.

42. The world’s smallest dog breed is the Chihuahua.

44. Only dogs and humans have prostates.

45. But dogs do not have an appendix.

46. Every dog on earth likely descended from a species knows as the Tomarctus – a creature that roamed the earth over 15 million years ago.

48. In 1957, Laika became the first living being in space via an earth satellite, while JFK’s terrier, Charlie, fathered 4 puppies with Laika’s daughter.

50. An African wolf dog known as the basenji is the only dog in the world that cannot bark.

53. The world’s smartest dogs are thought to be (1) the border collie, (2) the poodle, and (3) the golden retriever, while the dumbest dog is believed to be the Afghan hound.

54. A dog’s smell is more than 100,000 times stronger than that of a human’s, which they need because their eyesight is not as keen as a human’s.

55. Dogs judge objects first by their movement, then by their brightness, and lastly by their shape.

56. Chocolate contains a substance known as theobromine (similar to caffeine), which can kill dogs or at the very least make them violently ill.

61. Puppies sleep ninety percent of the day for their first few weeks.

62. Rin Tin Tin was the first Hollywood Dog Star and he really signed his movie contracts – all 22 of them – with a paw print.

63. The Wizard of Oz’s Toto was played by a female Cairn Terrier named Terry.

64. Up until the late 1800’s, Collies were known as Scottish Sheepdogs.

65. Dogs have two times as many muscles to move their ears as people.

67. An elderly woman was saved by her 12-pound Yorkshire Terrier who fought off an 80-pound Akita and survived with only 9 stitches.

68. U.S. Customs dogs “Rocky” and “Barco” were so good at patrolling the border that Mexican drug lords put a $300,000 bounty on their heads.

69. Dogs are all direct descendants of wolves.

70. Wolves and dogs can mate to produce feral offspring.

71. Female wolves have been known to travel great distances to regurgitate full meals for their hungry pups.

72. Cerberus was the tri-headed dog that guarded the underworld in Greek mythology.

73. Female dogs bear their young for 60 days before they’re born.

74. Dogs’ sense of hearing is more than ten times more acute than a human’s.

77. Bloodhounds are prized their ability to single out and identify a number of scents simultaneously.

79. The Ancient Chinese carried Pekingese puppies in the sleeves of their robes.

80. Boxers are so named because of their manner of playing with their front paws.

81. All breeds of dog have been found to attack livestock – from 3-month-old puppies, all the way up to thirteen-year-old poodles.

85. Dogs were first domesticated by cavemen.

87. Many foot disorders inn dogs are simply an issue of long toenails.

91. The Girl Scouts and Boy Scouts both offer merit badges in dog care.

93. They are naturally submissive to any creature with higher pack status – human or canine.

96. The Chihuahua was named after the state in Mexico where they were discovered.

97. After birth, puppies’ eyes do not fully open until they’re about 12 days old.

98. Their vision is not fully developed until after the 1st month. 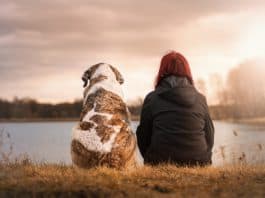 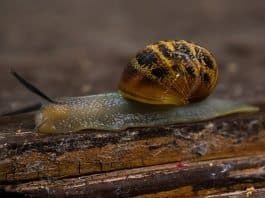 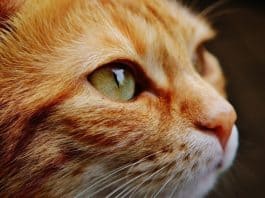 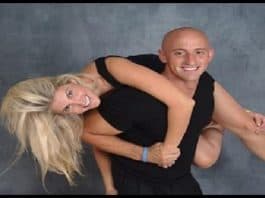 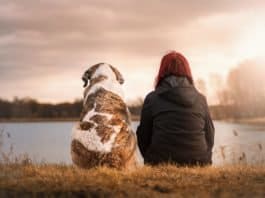 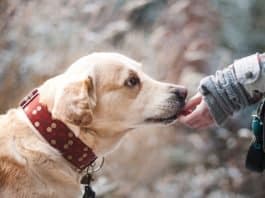 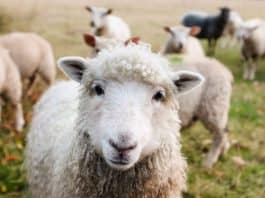