Let sleeping dogs lie. Why bring that up? I don’t dwell on the past.

How many times have you heard someone express one of these cliches? They give voice to a society that isn’t big on introspection and doesn’t see much value in going over old ground for clues to improving future prospects.

But our television and film industries go over old ground and open old wounds twenty-four seven. We just don’t know it. 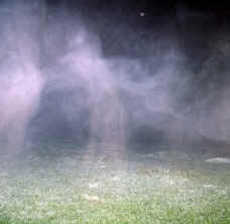 For example, I can’t bear hostage films, films of imprisonment and torture. Late in my life I ask myself why I have this visceral loathing for them. The answer lies in my being sent to boarding school at age five and what happened there.

So, like it or not, our cultural obsession with violence opens old wounds and drags me over old and horrid ground. And if I had not worked through years of psychotherapy I would be jerked every which way by these incitatory films. I would be upset but I wouldn’t be capable of locating the cause in my childhood.

We do not let sleeping dogs lie, we just think we do. We do dwell in the past, but we’re incapable of making sense of it unless we’re willing to confront what happened to us. We’re kidding ourselves when we think the past is history. It’s alive and it haunts us every time a film image or plot pokes our unconscious. We’re haunted by our history, collective and individual. Our frontier past, for example, echoes in the simplistic solutions some of our leaders advocate.

Plots, dialogue, imagery all work on us, reminding us of our experiences with our parents, teachers, friends, school-yard bullies, heroes. If this were not so we’d be unable to relate to this entertainment. It would mean nothing to us. We relate to it because we are our histories.

I have a list in my head of the kinds of books I should not read and the kinds of films I should not watch before bedtime, because my life has taught me that they summon childhood monsters. Not the ghosts I would like to encounter, but the ones who harmed me. I think it likely that more such lists might prevent a great deal of human misery.

Because of this, I think it a very bad idea to let sleeping dogs lie and to refuse to go over old ground. I think if we don’t, we not only suffer ignorantly but we also cause suffering.