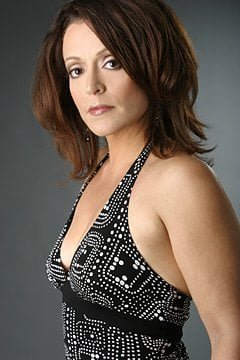 Actress Marlene Forte has just secured a recurring role on the hit TV show “24” starring Kiefer Sutherland. She will appear in Season 7, playing Rosa Gonzales, a woman who is concerned about Ike Dubaku (played by Hakeem Kae-Kazim) and warns her sister about it.

More than an actress, Marlene is a “working” actress who has proven Hollywood wrong breaking every rule in the book! She sits comfortably at the top of her 40-something years of age and is enjoying a hell of ride carrying now an acting dossier that may very well rival some of the most prominent latinas in the industry.

The story that lies behind Marlene Forte’s Hollywood success unfolds like a rags-to-riches movie script, but it is certainly a story rarely told and nothing short of “Forte’ Tude”! Her journey from the video counter to the big screen is one of great inspiration and motivation – proving that talent and persistence do pay off.

When Marlene turned 30, she decided to become an actress. That’s a late start for most occupations; in Hollywood it’s nearly unheard of. But for Cuban born girl named for one of Tinseltown’s brightest stars (Marlene Dietrich) perhaps the journey was predestined. Now Forte has carved for herself a successful if unlikely career.

“Adrift in Manhattan” premiered at the critically acclaimed Sundance Film Festival this year and was as well an official selection at the 2007 Los Angeles Latino International Film Festival.

On the theater front, Marlene will next be seen in “Hero” written by Luis Alfaro and directed by John Lawrence Rivera which world premieres at Studio Stage Theater on November 10 in Los Angeles. The plays runs through December 16, 2007 and features a prestigious ensemble cast including Ernesto Miyares, Justin Huen and Carla Jimenez.

With a name like Marlene Forte, one can only expect to meet a woman of great strength and determination, armed with a wicked sense of humor and blessed with that certain fiery Latin charisma. And indeed, Marlene wears her moniker quite well. Why? Simply because she has, against all odds, climbed her way to the top one tour de force at a time! Her biography is one that reads more as the perfect script on how to prove Hollywood wrong! The talented Cuban native has carved her path in front of the cameras in a rather unconventional way: backwards, upside down and in reverse, yet always and still proving that acting is certainly her forte. That is probably why she continues to climb to the top no matter what the odds!

Marlene Forte is represented by Tony Martinez at GVA and managed by Paulo Andres at Link Talent Management.

Donny Most: An American TV Icon