THE BEST OF KHACHATURIAN

The Pacific Ballet Dance Theatre (PBDT), led by Natasha Middleton, Artistic Director, presented “The Best Of Khachaturian,” an evening of ballet and instrumental music in Glendale, California, last Sunday. With music written by Armenian composer Aram Khachaturian, compositions included “Sabre Dance” and “Lezginka” from “Gayne,” as well as selections from “Spartacus” and “Masquerade,” as well as a new work entitled “Remember,” set to selections from the “Cello Concerto In E-Minor,” in memory of the Armenian Genocide. 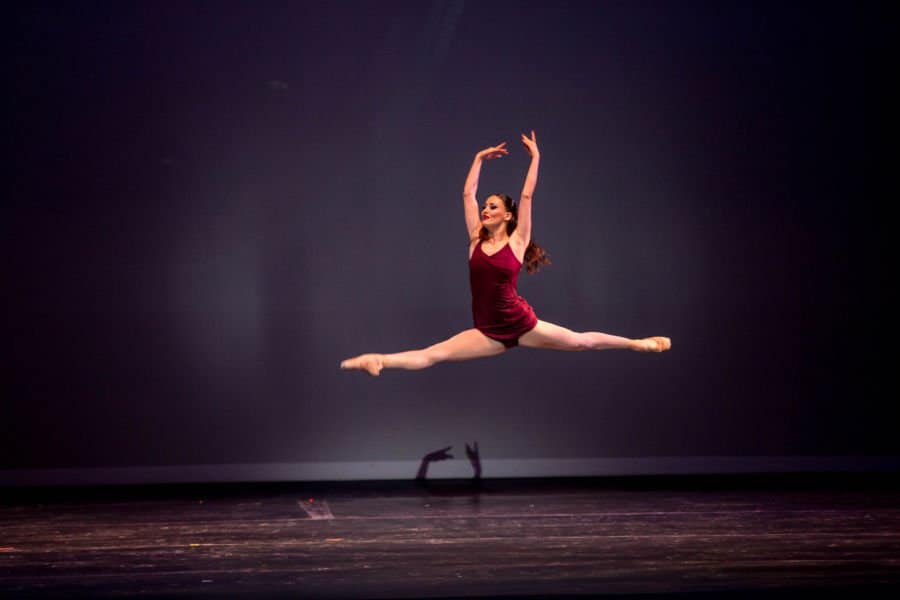 Inga Demetryan (Phrygia) in a selection from Spartacus, presented by Pacific Ballet Dance Theatre, Natasha Middleton, Artistic Director, as part of “The Best of Khachaturian” at the Alex Theatre in Glendale, CA on Sunday, September 17, 2017 – Photo by Cheryl Mann

The Hollywood Sentinel had the pleasure to attend the VIP event and show this year, stating, “The Pacific Ballet is a hugely talented group, and always very exciting to see. This is a must attend event, any time they have a show – be there!” 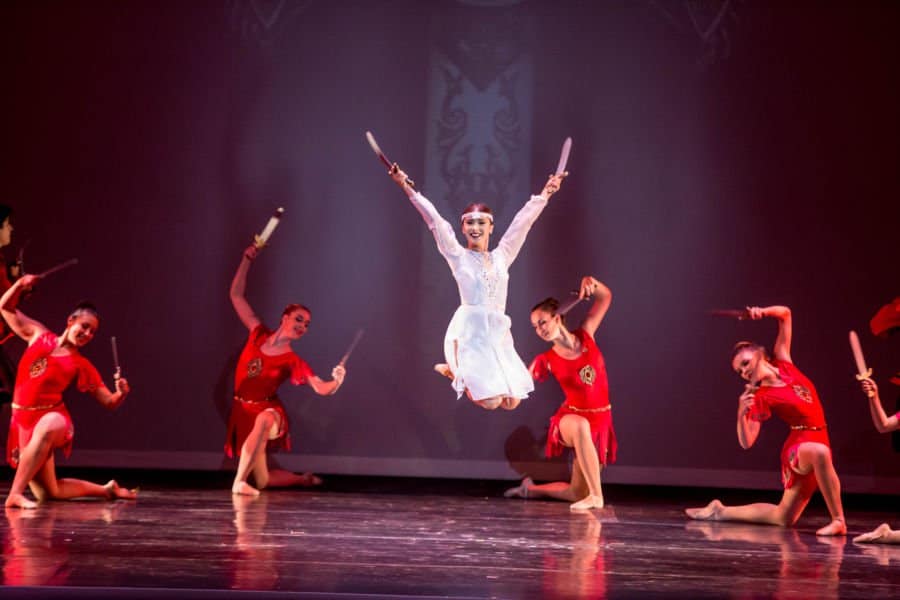 Elen Harutyunyan (Gayane) performing the “Sabre Dance” from Gayane, presented by Pacific Ballet Dance Theatre, Natasha Middleton, Artistic Director, as part of “The Best of Khachaturian” at the Alex Theatre in Glendale, CA on Sunday, September 17, 2017 – Photo by Cheryl Mann

With only a very select, small number of VIP’s in attendance, for a nice gathering of sandwiches, snacks, wine, and cheese, VIP guests were treated to a Chamber Orchestra performance of beautiful classical compositions. Later, hundreds of guests arrived, filling the seats in the Alex – a very nice theatre located just North of Downtown Los Angeles, and just West of Pasadena, in Glendale, California.

VIPS who attended include:

Pacific Ballet states that “The creation of these pieces not only raised Armenian national ballet to the world level, but also noticeably enriched the treasure house of the world musical-dramatic art. Khachaturian’s music is noted for its modal, harmonic, melodic and orchestral generosity, all of which are connected with a broad gamma of thoughts and feelings in his scores.”

“GAYANE” means happiness and is a celebration of life events in which composer Aram Khachaturian wanted the folk songs and dancing melodies to be integrated and inseparable from the whole of the ballet. “GAYANE” is the story of a young Armenian woman whose patriotic convictions are in conflict with her personal feelings upon discovering her husband has committed treason. The “GAYANE” score includes the famous Sabre Dance. The late filmmaker Stanley Kubrick used the Adagio from “GAYANE” for his film, 2001: A Space Odyssey. Likewise, filmmaker Joel Coen used music from “GAYANE” in his film, The Hudsucker Proxy.

The well-known tale of “SPARTACUS” is written in modern language, with application of contemporary methods of the musical-theatre form. The main characters in the ballet are represented with specific and repeated musical themes. The storyline concerns the ultimately unsuccessful revolt of the slaves led by Spartacus, a Thracian slave and gladiator, against the Roman Empire in the years 73 – 71 BC. Music from Khachaturian’s “SPARTACUS” was heard in the film, Ice Age: The Meltdown.

“MASQUERADE” was written for the 25th anniversary of the Russian Revolution. It is a symphonic suite in the tradition of lavish classical Russian music. Natasha Middleton will stage the piece to enhance the fantasy and put a modern face on this elaborate party, featuring eccentric costuming. The plot concerns a missing bracelet and a woman named Nina who is falsely accused of giving the bracelet to Prince Zvezditch. As a result, Nina’s husband, who thinks she is cheating on him, poisons her at the end of the ballet, only to realize she was innocent. The bracelet had actually been stolen by the Baroness and given to the Prince, who later gave it back to Nina. Natasha Middleton said: “Theatergoers who enjoy Phantom of the Opera, will enjoy ‘MASQUERADE’ as there are similarities in style.”

Aram Khachaturian wrote his “CELLO CONCERTO IN E-MINOR” in 1946. It was the last of the three concertos he wrote for individual members of a renowned Soviet piano trio. The Concerto was premiered on October 30, 1946 in the Great Hall of the Moscow Conservatory, with dedicatee Sviatoslav Knushevitsky as soloist. The work is said to be representative of Khachaturian’s painful experience of wartime and contains many allusions to folk material and dance rhythms such as the ashoug.

Pacific Ballet Dance Theatre (PBDT), originally named Media City Ballet, announced its formation on September 30th of 2001. Over the past decade, the company has gained a notable following and has grown to become one of the major dance companies within the greater Los Angeles area. Pacific Ballet Dance Theatre attracts first-class talent from around the world, including Armenia, Asia, Russia, Mexico and Spain.

Educational outreach programs and performances are performed by PBDT’s youth ballet. PBDT believes dance is the perfect universal expression of the human spirit. By continuing the innovative heritage of the Ballet Russe de Monte Carlo, PBDT believes we are better able to understand our life stories, which elevates our passion and motivates us to express our true selves. 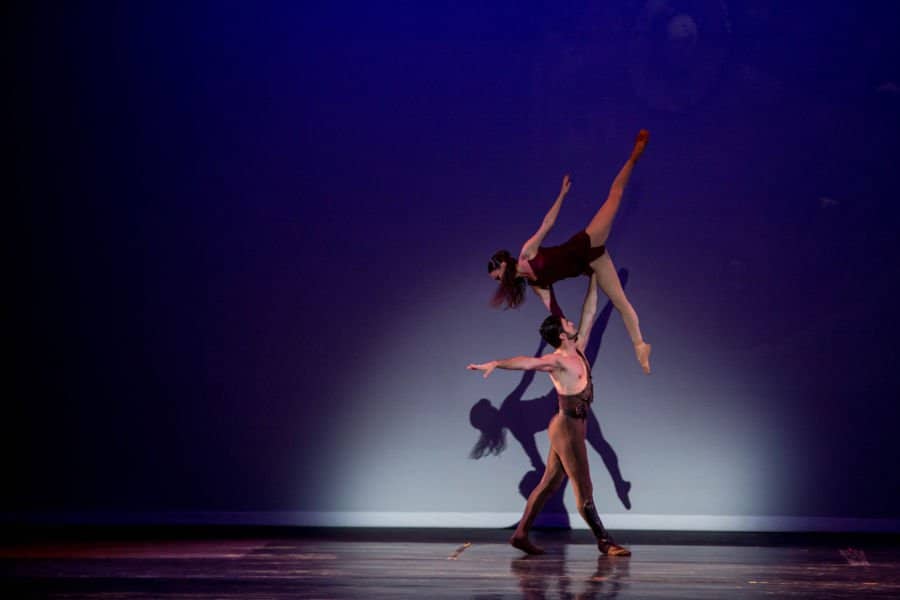 Eduard Sargsyan (Spartacus) and Inga Demetryan (Phrygia) in a selection from Spartacus, presented by Pacific Ballet Dance Theatre, Natasha Middleton, Artistic Director, as part of “The Best of Khachaturian” at the Alex Theatre in Glendale, CA on Sunday, September 17, 2017 – Photo by Cheryl Mann

Natasha Middleton (Artistic Director/Choreographer, Pacific Ballet Dance Theatre) was born into a ballet legacy. Her grandmother, Elena Wortova, danced with the Ballet Russes, and her father, Andrei (Bill) Tremaine, with the Ballet Russe de Monte Carlo. She was a ballerina with the original Pacific Ballet Theatre, under the direction of her father. She trained and danced in Los Angeles and in New York with Joffrey II, as well as in Europe and Asia performing in such ballets as The Nutcracker, Raymonda, Spartacus, and Carmen. She is the daughter of former San Francisco Opera Soprano, Natalie Garrotto and the niece of the late film star, Yvonne de Carlo (Lily on The Munsters).

With music and acting under her belt, Middleton performed in and choreographed many musicals, operas, television and theater plays. As an actress she studied in Los Angeles under film director Don Richardson. She traveled much of the world studying many forms of cultural dancing, art design and contemporary and classical theatre. Middleton began choreographing professionally on Broadway for Jazz artist Chick Corea and went on the World Tour with Chick Corea and Herbie Hancock.

In 2001, she founded the Media City Ballet Company and staged numerous ballets in Los Angeles including Rachmaninov’s Piano Concerto #3. She has choreographed the feature film, Love Hurts with Carrie Anne-Moss and Richard E. Grant and such television shows as Hearts Afire with Billy Bob Thornton. She made history with her production of Men of the Ballet Russe honoring her father and other such Ballet Russe greats as Fredrick Franklin, Mark Platt, George Zoritch, Victor Moreno and Paul Maure.

She established the Pacific Ballet Dance Theatre in 2012 (named after her father’s former company) and went on to direct three years of summer productions at the John Anson Ford Theatre with Axis Mundi, Dance in the USA and The British Beat. Her work placed as one of the Top 10 Dance Performances in California by the Beverly Hills Outlook. Her newest classical works are Chopin Pieces and the staging of Don Quixote. Middleton’s latest Contemporary works include: Black Coffee, Searching and the full length Carmen. Her latest short film can be seen on Watchable TV is Logan Paul vs Ballet.

PBDT performs captivating ballet presentations and offers engaging, educational, and entertaining programs to the culture, that nurture the talent and artistic creativity within the diverse Southern California Community. To learn more, visit: www.pacificballetdancetheatre.com

This content is (c). 2017, Hollywood Sentinel, all rights reserved.