Garrett Godwin: What do you think is the difference between “The Youth Code” and our own self-proclaimed adult code?

Kalista Zackhariays: In my opinion, everyone builds their own self-proclaimed “adult code” at some point in their lives. The difference in stressing a “youth code” to children recovering from abuse is that most –if not all — of the children in shelters, or in custody of Children’s Aid, are there because they are coming from an environment that was highly reactive. They have been raised by a reactive parent in the way they have been spoken to, disciplined or “handled.” Teaching them about a code in which self-respect, boundaries (both physical/emotional), personal rights on a humane level, etc) are all principles or “codes” that are often times foreign concepts to them. They often believe that they deserve what has happened to them, that it was somehow their fault or simply don’t know of anything better. These are simple concepts for most children and adults that grew up in a healthy environment but for children in recovery, they can be milestones in their healing, perception of the world and responsibility towards themselves and their future. 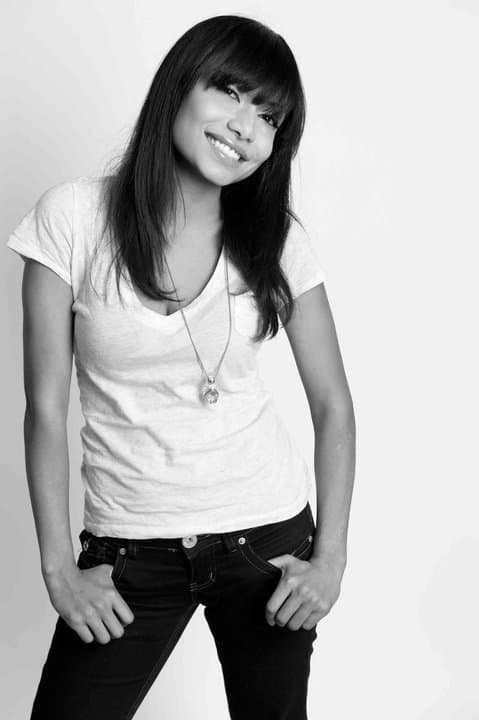 GG: What was your own “youth code” growing up, and does it help you not only be a better mother, but also help your own children develop their own code?

KZ: Truthfully, I didn’t have a real code until much later in life. My own childhood traumas and lack of support really clouded my perceptions of my world and the part I played in it. I always knew that my childhood experiences were not through faults of my own but that didn’t mean that I knew how to cope with the emotions of grieving the loss of my family at such a young age, the sense of abandonment I felt overall or the lack of guidance to pursue any real dreams I had (life at a very young age was all about paying the bills and surviving). I believe that motherhood, the ability to provide my children with opportunities and returning to the arts, has really helped me identify a “code” that makes sense to me. As for my children having their own code…they were born into it! Not only have they taught me so much, but they inspire me everyday by showing me what children with a safe, healthy and happy environment can achieve (at least for now…who know what the teenage years may bring?)! I’m very proud of their instinctive ability to recognize situations that they are uncomfortable with, and the healthy boundaries they create for themselves.

GG: As the quadruple threat known as dancer, actor, writer and director, what do you look for when it comes to picking and choosing projects — including ones near to your heart?

KZ: I don’t know about a quadruple threat. I know of many actors with multiple performance skills. I’m happy to assign my abilities as a dancer or martial artist to that. As an actor, I’m always looking for character-driven pieces that are written with integrity. I love getting into the head space of my character and I usually stay there until it’s a wrap. I’ve always been a secret writer. I love writing. It started out as therapeutic writing, journals for my self and the occasional fictional story, but I’m starting to find the courage to put it out there. My first attempts at that are the screenplay for the film I’m currently directing and a novel I’ve been working on for a few years. As a director, this is my first time. As an emerging filmmaker, I can definitely say “hats off” to every filmmaker out there. It’s a role that challenges every part of your mind and you have to take responsibility for the content you put out into the world. It’s a serious responsibility and can be daunting at times. I’m just finding my voice as a director, so let’s see how it goes.

GG: I read an article saying you won second place in the martial arts competition called the Arnold Schwarzenegger Battle of Columbus. Any chance of working with the Governator in the near future — not to mention a career as an action heroine?

KZ: Wow! Where did you find that? That was many, many years ago! Yes, I did win in the Battle of Columbus. I don’t have the prospect of working with the “Governator” as of yet…but who wouldn’t love the chance to? (Laughs) As far as action heroine, from your lips to god’s ears, my friend…bring it on!

GG: Do you consider Arnold “expendable” in doing action films at the age of 65? Has he made his “Last Stand”?

KZ: I think he’s had some trials in his personal life that may have some what compromised his persona in the media. I’m choosing not to judge his life but Arnold is iconic in many ways. I think there’s still some fire there, and that The Last Stand is the first of many he’ll take in the years to come.

GG: What’s next for you in terms of acting, writing and directing, and The Youth Code?

KZ: Well, I just wrapped a Discovery shoot. I’m not writing at the moment because I’m currently still in production, directing my first film and somewhere in the midst of it all. I’m getting ready for the inaugural national launch of The Youth Code. Between my family and my team, I have some incredible support. Definitely couldn’t do it without them. I hear a lot of praise expressed towards me lately and while I’m grateful and humbled by that, I have to acknowledge the wealth of kindness I’m surrounded by and their generosity towards my dreams.

GG: What is it that you haven’t accomplish yet and why?

KZ: I have many aspirations, a buck list of sorts I’d like to achieve at some point in my life. They range from travel plans with my family, roles I’d like to perform and major expansions of The Youth Code. I’m just not in the habit of pressuring myself to achieve them by a certain time. I believe that hard work and persistence will present the right opportunities in due time.

KZ: Spend as much time as I can with my family. Finish post on my film. Execute the successful launch of The Youth Code…and maybe read a good script for a future role (that last one would be icing on the cake)

GG: Where can people find you — social media, that is?

For The Youth Code, it’s @theyouthcode

The Youth Code’s Facebook page can be found at: http://www.facebook.com/TheYouthCode