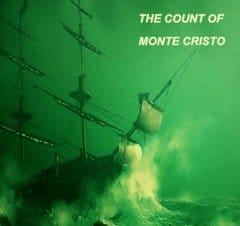 When the time arrived to spin a classic tale of Betrayal, Love, Revenge, Reciprocity and Justice onto the musical stage, “Enter the Maestro,” composer James Behr. The chance came as The West Village Musical Theater Festival hosted a showcase of talented performers and musicals to include Behr’s adaptation of Alexander Dumas’ The Count of Monte Cristo.

Everyone relates to this story as innocence and hope, good fortune and hard work, becomes destroyed by envious usurpers. An honest, trustworthy and too trusting young sailor, Edmond Dantes (well played by Robert Boldin), soon promoted to captain, engaged to beautiful Mercedes (the lovely voice of Julia Hirsch), seems destined to live the dream. But Danglars (Duane McDevitt), has his sights on becoming captain, and Fernand Mondego (Victor Khodadad), has his eyes on Mercedes. In a cafe, a malicious conspiracy unfolds that will lead to Edmond’s ruin.

Beautiful lyrics and music by James Behr, this performance remains only a showcase. We look forward to the entire production to experience Edmond’s reincarnation from the depths of prison and despair to his return as The Count of Monte Cristo.

A member of the audience sums things up, “I particularly enjoyed the haunting quality of that song by the schemers (song, Plotters). This show is dramatic with catchy melodies. And it’s not a revival… Might be up there in the tradition of Les Mis and Phantom. I can hardly wait to see the entire show.”

For more information or to hear songs from the musical, go to: