A young teen-aged guitar player was recruited by a band that promised to be every parents worst nightmare. They were called “Lords of Acid,” and had recently climbed the charts in their native Belgium in Western Europe, thanks to their clever songwriting, and skillful electronic music called by some–EDM. EDM, short for Electronic Dance Music, was reportedly started in Belgium– a Western European country known for being headquarters of the EU and NATO, as well as its exotic medieval lore. 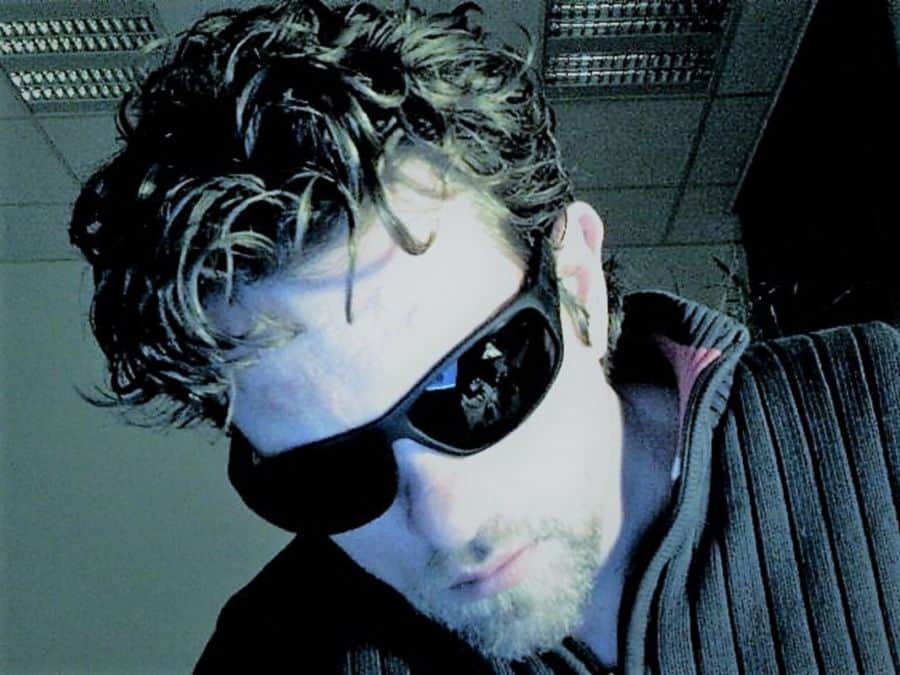 It was then they reportedly recruited a young lad named David J. Lambrecht, who by this time, was not even old enough to enter the nightclubs and rock venues the band had sold-out world wide.

Doggie Dave and the Sextacy Ball

This fact didn’t stop “Lords of Acid’s” plans for the handsome young musician however, who even at his young age, was a masterful bass guitarist. With an album aptly titled “Lust,” and not one–but numerous instant pornographic club hits including; “I Must Increase My Bust,” “Rough Sex,” and the romantic “Sit on My Face,” “Lords of Acid” ushered in the next wave of musical terror– porn-pop for the fetish punk, electronic, and industrial age.

The young bassist; David Lambrecht, reportedly christened “Doggie Dave” by the sexy “Lords of Acid singer,” became not only one of the geniuses behind the band, but had the new-born problem of girls chasing the young lad around the world. Playing out a whirlwind lifestyle of “Sex, Drugs, & Rock n’ Roll,” it was the tour for a soundtrack of sin. David Lambrecht and his “Lords of Acid” play-mates single handedly ushered in a new generation of debauchery and horniness not seen perhaps since the early L.A. days of Motley Crue. David Lambrecht refused to discuss that now infamous, orgiastic tour that was “The Sextacy Ball” which also included “Lords of Acid’s” cohorts “My Life with the Thrill Kill Kult.”

David does admit however, “After the tour, I got in trouble in every way…but I kept making music…” When asked what trouble he meant, David admits, “Drugs–A lot of them!” While David had his share of chemical and sexual overdoses, fortunately–he and no one else in the band died. And thankfully now for his future self- preservation, as well as the next record label primed to sign him, David is clean, having not touched any drugs or even alcohol for years.

From the Sex Cult Highway to The Halls of Higher Learning

“After Lords of Acid,” David confesses, “I learned slowly to come back and lead a normal life,” admitting, “I took a normal job, and I met a girl.” With some time on his hands to think, he decided to ‘really’ think about life some more. Whether it was to try make sense of his former life with that wild, touring “Sex Cult,” or simply to try better understand the myriad of thoughts in his head, he became a Philosophy Major, taking his studies very seriously at Belgium University, where he is now on his way to soon graduating. “I like the activity” (of studying philosophy) David reveals, “It keeps me realistic.” But being too “normal” for the former “Doggy Dave” couldn’t last long. A celebrity in Belgium due to his legacy cemented firmly with “Lords of Acid,” David confesses, “My passion for music kept on following me,” and so he did what any other former teen-aged industrial acid-house rock-star does between Nietzsche and Spinoza–he started playing again.

It was then after that, that sir “Doggy Dave” left his slave-name to the musical history books, and “Donquièstar,” was born. Pronounced “Don-Key-Yes-Tar,” the name for David’s new life also serves as the stage name for the digital dancemaster and techno guru whose early young work helped make the musical genre of EDM, acid house and fetish-rock itself a global sensation, paving the way for others to follow in his footsteps of “Club-Kid” royalty.

Constantly improving his craft, David states, “Technically, I’m getting better all the time.” Refusing to be stuck in any one genre, “Donquiestar” is multi-genre– stating, “Some might think I write only very European dance-music, but that is not all.” He also equally rocks, with David adding, “I’m Influenced by all from The Pixies, The Sex Pistols, David Bowie, Daft Punk, and The Prodigy, among many more,” adding, “I am working on making the best of what music means to me, and with that, I plan on continuing to have a wonderful, but bizarre career!”