When you first see the cover to the new Sleeper Agent album, “About Last Night;” You might notice a few very subtle things. First, the cover is composed of cut up photographs forming the face of the female vocalist: Alex Kandel. The picture could be interpreted many ways I’m sure, on the most superficial we could see that she’s punked out with her hair wild and going everywhere. Only, if one remembers the 80’s … Is it actually a tribute to a more retro 80’s haircut?

Ironically, I felt much the same about the album … I mean, with a name like Sleeper Agent. I’m an 80’s kid, so it immediately triggers flashes of Cold War era roadblocks and the Berlin Wall for me, and it keyed a lot of memories of 80’s pop at times listening to it: Eurhythmics, The Kinks, Men at Work … Only there was also something that was energetically more … modern poppunk.

In their bio, male vocalist/guitarist, Tony Smith credits: The Beatles, T. Rex, and Jay Reatard. Whereas their Facebook has the band crediting: The Pixies, The Black Lips, Foxy Shazam, and Cage the Elephant (another band from their hometown of Bowling Green, KY). Only you can tell that Smith, and his band mates are music enthusiasts, and as any true professional should be. They are always looking for the next influence, the next sound, even if it is one buried in time.

I inquired of Sleeper Agent on twitter what other influences made its way into their music after a hash tag appeared saying, #yeahwelistentoagnosticfrontwanttofightaboutthat. I mentioned my feelings on their sound and asked them to name influences and was told, “Yeah,there’s a ton! We love pop music. 80’s pop makes sense though. Nothing wrong with Blondie!!”

So, remember how I talked about that picture, all the cut pieces compose a hybrid pic of Alex Kandel. I say this sounds like poppunk, and then I hear a song like, “Lorena,” or “Bad News.” I have noticed that it is easy to focus on one facet of this band’s sound, “Lorena” is like several other songs on the album have a balladry feeling to them. I know, I know … You are reading this and saying are they rock, are they rock ballady/folk music, or pop punk. The answer is … yes. 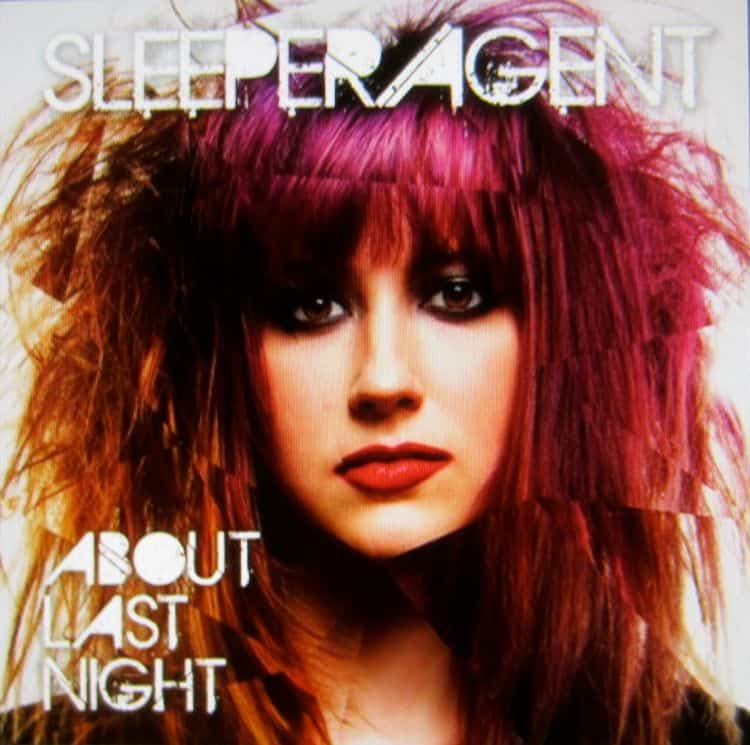 If you are someone with eclectic tastes who doesn’t just want to listen to one kind of music, or a band that sounds exactly the same over and over and over again … Sleeper Agent achieves this with style. You will fall in love with Alex Kandel’s voice, and on those songs they sing together … She and Tony Smith’s voice complement each other.

I have to admit that it threw me for a curve when I heard that: Tony Smith say the band name was a Battlestar Galatica reference; because while their album was definitely a modern one I kept picturing someone playing solitaire. I kept finding myself thinking back to a movie called the Manchurian Candidate and feeling … nostalgia.

Sleeper Agent is currently on tour if you wanna see for yourself, let me know what you think?