Born in the rich, elegant city of St. Petersburg, The Empirical Capital of Russia, and a world traveler her whole life, Lilia Mai has walked in the lands of over 40 countries. Traveling with her award winning journalist mother on her assignments; Lilia has trained with the best and brightest minds and talent of her time from around the world, and was groomed for gold. A singer of impeccable quality, with a sensual, sweet, lovely voice; the world class talent of Lilia Mai has now signed with A-List firm Starpower Management in Los Angeles, California, who the firm calls “one of the greatest new voices of our time.” 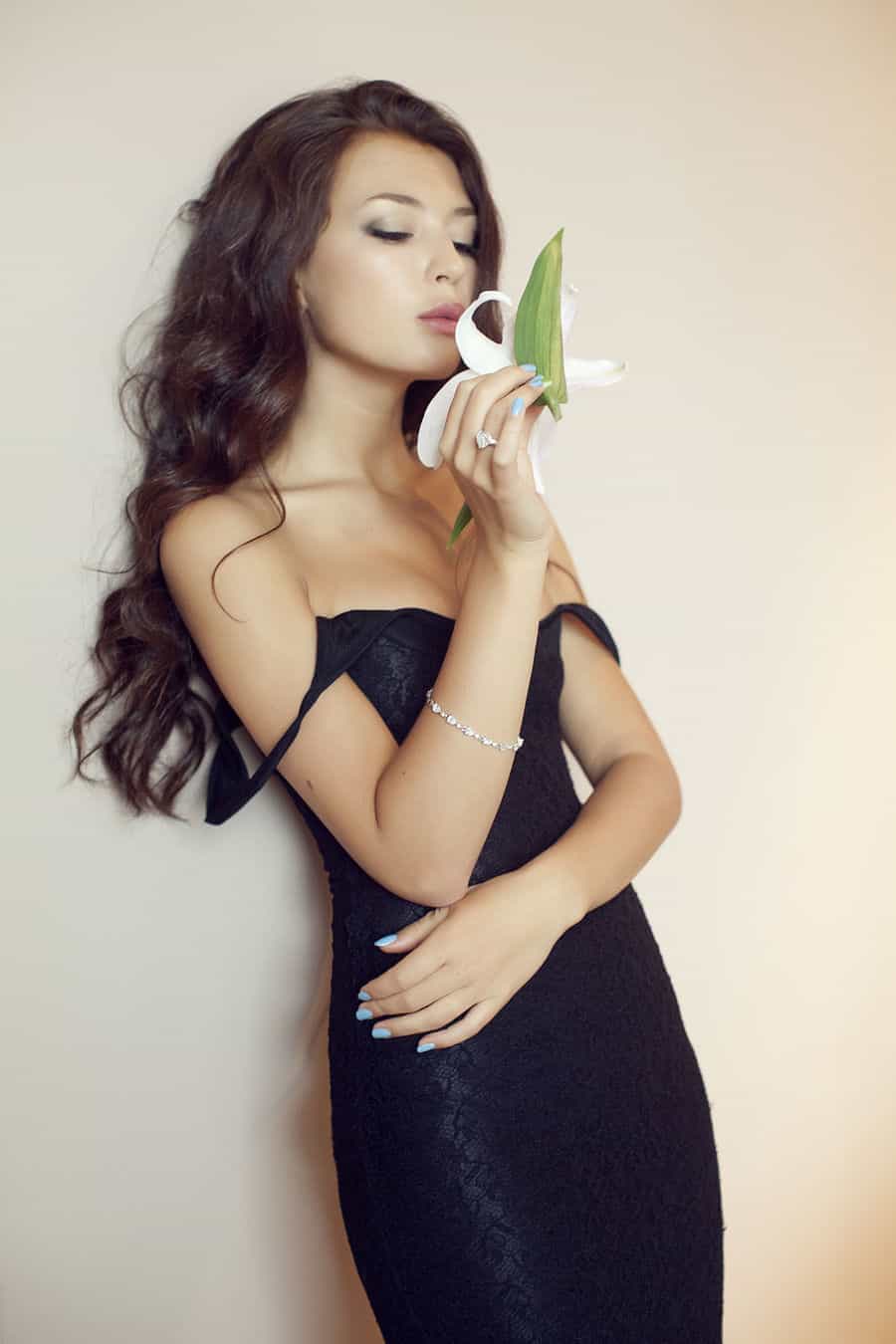 Beginning singing at the mere age of four years old, the stunningly gifted chanteuse is breathtakingly as talented – as she is lovely to behold. Adoring classical Russian composers Tchaikovsky and Rachmaninoff, as well as a large love of jazz, blues, and American Pop music, the elegant, sweet, and stunningly talented Lilia Mai has a level of cultured sophistication well beyond her young 25 years of age.

The United States is the entertainment capital of the world, and the greatest country of opportunities and liberty in the world.” – Lilia Mai

As reported earlier today on ABC News, “Lilia excelled as a soloist singer during her childhood, where she was always happy to sing. After training in piano and voice from age 4 to 12 in the musical school named after Rimsky-Korsakov at Raduga for the Committee for Television and Radio Broadcasting; she also trained in percussion and the harp at 7. At just 15, Lilia moved to Berlin, Germany for a year, taking part in an exchange program from Russia, where she furthered her dance training. Wanting to study dance further, Lilia then left to Argentina for a year, to train in Tango and Reggaeton in Columbia. She later traveled to Spain, where she spent months studying Flamenco. It was here that she also learned fluent Spanish.”

A woman of great education and cultural refinement, she says of her work, “I want everything to be perfect.” Citing a love of music by all from; Nina Simone, Norah Jones, Diana Ross, Ella Fitzgerald, Jewel, Alicia Keys, Amy Winehouse, Shakira, and other big, bold voices in American music; the dignified, yet sexy young singer and dancer is also still very flexible and strong.

Fluent in English, Lilia Mai graduated with honors from Moscow State University. The talented citizen of the world also even started her own fashion line; a sexy underwear collection for girls, made with the finest imported French silk.

As noted today on Fox News, she says, “My soul has such a great feeling of peace and connection when I see the beauty of endless fields, and all of nature. I am a true nature lover!” When asked about what she loves about America, the Renaissance Woman confesses, “In Russia, we love the U.S, no matter what’s happening in politics.” She further states, “And of course, The States are the entertainment capital of the world.” She continues, “The U.S. is the greatest country of opportunities and liberty in the world. My home will be forever in Russia, but the country where my dreams have always been, and are coming true, is the United States; for which I am endlessly grateful!” Most importantly, she adds, “I want to have good relations between our two great countries – to truly make us friends. And I hope, in some way, I can be a part of helping to make that happen! I want to share my love with the world.”

About Lilia Mai: A timeline:

At the age of 4 became a soloist of the famous Russian children a choir “Raduga” of the St. Petersburg Committee for Television and Radio Broadcasting.

1997: she entered the Specialized Music School named after Rimsky-Korsakov where she studied the piano for 7 years, where she has her first role in musical theatre for “The Princess and the Pea”

2004: She passed the selection to become an actress of the well-known theatre “TUT.” There she studied and acted in various plays.

2005: as a young journalist, she led the daily cultural news radio program for children and teenagers on the Radio Russia, named “The School Messenger.” Lilia also wins the TV & Radio show competition “Youngling” twice. She got the first place and won the Grand Prix. Her author radio program “My War” was granted the highest journalist award by the Russian Government.

2005: She makes her first studio recordings.

2006: She moved to Berlin with a program “Youth For Understanding” for one year in Berlin Gymnasium.

2007: She spends one year in Argentina with a program “Youth For Understanding.”

2008: She wins the grant for higher education in Italy.

2009: Lilia travels around the world as the soloist of the national choreographic ensemble “Chinar” and as the singer of the vocal and dance ensemble “Araz.”

2009: She also participates in the International Ethnic Festival in Algeria as a singer and dancer.

2010: She becomes an intern at the Colombian State University, Department of Acting

2011: Lilia lands the most romantic role of “Assol” in the symbolic musical “Scarlet Sails” on the Radio Russia.

2012: Her Radio Russia performance won the 2d prize on the Х111 Global International Radio Festival in Iran. During this year she performs on many great stages in France, Spain, Finland, Sweden, Russia, Georgia, and more.

2012: Also in this year, she completes her internship at the University of Granada in Spain, and begins training in Flamenco dance.

2013: She graduates from Saint-Martin’s University of Design in London as a fashion designer.

2013: She then launches Lilia May Boutique “The world of endless tenderness and femininity” for undergarments and dresses made from French silk and Italian lace.

2015: She graduates from Moscow State University, Russia; The Faculty of Fine and Performing Arts, with a Diploma with Honors at the age of 21.

Also this year, studies Jazz at the Guildhall School of Music and Drama in London, England.

2016: Sings at the First Pushkin’s Charity Ball for the handicapped and troubled youth, led by the Russian Social Center of Adaptation named by Vasiliy the Great

2016: Also graduates in International Academy of Music named by Elena Obraztsova as a singer.

Further, performs at the first International Art Festival “Elena” with her artistic director Ildar Abdrazakov in the Music Hall and in the Philharmonic Hall.

Lilia Mai had visited more than 40 countries by the age of 18, as a volunteer, and organized numerous concerts for disabled children.

Since 2009, she has visited the Siverskiy, as well as other orphanages every Sunday, as a member of the organization “Detskaya Missiya,” where they often organize concerts for orphan children in St. Petersburg.

At 17, she spent a month in the ‘Mayak’ camp for helping children who didn’t have parents. Lilia performed concerts here, signing many songs including the children’s favorite hits such as “My Heart will Go,” and “Adajo.”

During her studying at Moscow State University and the International Academy of Music, Lilia organized many more visits with musical programs for the the handicapped and orphan children.

The stunning song and video for Lilia Mai, and the song she co-wrote, Flying In My Dreams appears here below.

The office of Starpower Management, Lilia Mai, and affiliates, do not endorse any advertising that may appear on or connected to this story.