With just two full albums released during her career, 2003’s ‘Frank,’ and ‘Back to Black’ in 2007, along with various tours and massive promotion throughout, Amy Winehouse shook the music world like few others have in her twenty seven short years of life. Praised by fans and music critics around the world, Amy Winehouse seemed to come from another era. A Time of beehive hairdos and a sleeve full of tattoos, with whisky drinkin’ chain smokin’ broads hangin’ out in sultry jazz clubs crooning with their lowest register about broken hearts, lost love, bad lives and the bad men they loved.

Amy Winehouse didn’t just sing the jazz and blues, she lived it – for better, and usually- for worse. The tabloids ate up that worse, and spit it back at her and the world time and time again. At times, Amy Winehouse’s bad behavior got more attention than her talent. Fans, and even reportedly her family- predicted her untimely departure if she didn’t change her path of an excess of drug and alcohol abuse, which seemed to many, to be her course of no turning back.

Seemingly buying in to the false notion that artists have to suffer, Amy Winehouse reportedly once stated, “I believe that I live through pain. If you suffer for something, it means to me that it is not unimportant.” In reality, countless artists have proven that is false. One does not need to suffer in order to create great art, nor do they even have to suffer in order to artistically portray suffering. 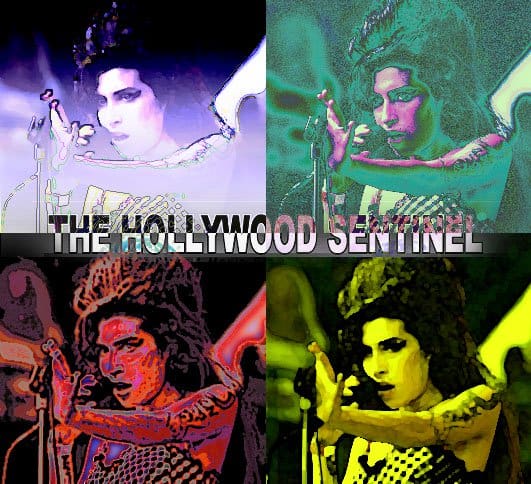 Amy Winehouse did not know the difference. Like many of the jazz and blues greats before her, she wrote and sang about a tangled, torrid life of pain, and unwittingly created the same in order to embody that persona. In the end, the role she chose to personify reached its mortal end. Yet the greatness that her spirit painfully created shall live on, at once as a reminder to the heights that one rare artist as she can climb, and for another, to conclude that the greatest gift an artist can give the world is not only the legacy of their work, but even further, a longer life in which they learn that to be happy- despite the sound of its folly- is not a bad thing. When asked once if she had any unfulfilled ambitions, Amy Winehouse cheerily declared, ” Nope! If I died tomorrow, I would be a happy girl.” Amen.

Letter From the Editor

Everyone gets older, we just all get different starting points, and some finish sooner than others. In the game of life; meaning life itself – as a living organism; life is one of the only games we play in which it is better to finish last rather than first. If a person finishes first in the game of life, they are dead, but the last girl or guy standing in the game of life- is said to have won, at least in living. When someone dies, some people will say, oh, well, at least she had a nice long life. At least he lived a full life and did a lot.

This is to assume that just because one lives longer, one did more. This is not always the case. Take for example, the guy that lives to be eighty but spends his life living off of the government and taxpayers, whose biggest accomplishment is drinking beer and watching football. Compare that impact on the world with that of a young Mozart, James Dean, or Mother Teresa. Quality is indeed more important than quantity in many regards, however in the game of life, quantity of life spent is largely advantageous too.

So let us assume that you get smarter with each year, more talented, and add more to the planet as you age. We can safely say then, that in life, later is better. There are few people you will find that will tell you they want life over sooner rather than later. Old age, while not the goal per se (youth is more desired), is the preferred option to the alternative.

And so as we further approach 2012, that time that the miss-educated believe wrongly that the world will end because the Mayan Calendar supposedly ends at this time, and as apocalypse cults pop up and make international headlines for prophesying Armageddon and an end to most of the Earth’s inhabits, the wise laugh at the stupidity, while the mere bored turn another page in that dying relic called a newspaper and see the wrong move their death date predictions up five months while they themselves are the ones that nearly die. Meanwhile, the educated carry on, and the enlightened build legacies that will outlast their bodies on this spinning rock we call planet Earth.

I climbed a mountain with a loved one the other day, and as I sit here back in the concrete jungle of the city of Los Angeles, I wonder- had Bin Laden really been hiding in a cave or in the mountains, would he have wanted to fight? Or the United States for that matter? I can’t imagine any one seeing the stunning beauty in the mountains we saw; miles of trees and forest for as far as the eye could see, the flowers along the seemingly endless trails, the animals, the earth, the air, the ocean in the distance; seeing all this and more, and wanting to kill people. How? Why? It is unfathomable unless one is simply insane. But stick a man in a house for a few years with no Sun or air, or perhaps in Washington, and then sure, I can see one going a bit mad.

Killing is not heroic, nor is war. But like a sweeping fire, flood, or tornado that can consume a city, some say; it just ‘is.’ Just a part of the balance of life they say. Is that true? For in philosophy we contemplate, if we have no evil, can we fathom good? We have never had a total cessation of so called evil on this planet, and arguably never will, so we may never know.

To be sure, self defense is at times necessary in order to preserve life. When the peaceful are coerced by the violent into self defense however, it can spiral in to a chain of aggression that is an out of control growing conflict that spreads like a disease. It is a fact that those who start a fight are really often just bored or miserable. As one who has been guilty of both, I can attest. A busy person who is happy with their life has no need for a war.

In addition to living a long life, there are three more important things for us to do while we are in this body we call life. One, we need to follow our spirit, our calling of what makes our heart soar that we were meant to do. This I would describe as knowing our true bliss, as philosopher Joseph Campbell would say, our passion- what makes us happy- what our body and mind craves.

Secondly, we need to know our spiritual self and fulfill that. You can choose to believe that your consciousness awareness ends with the death of the brain if you want, but you had better be very certain that you know why you do believe that-or if not- then study a better plan and know why. This I would call knowing your spiritual self.

And thirdly, I would suggest that it is your responsibility (and mine) to leave this world; if even in our small environment, in a better place then when we found it. Create art, invent something brilliant that makes lives easier and better, do some good things for friends, loved ones, or even strangers. Some call this karma, but in truth, it is merely sanity for all life as a whole.

As our years, months, weeks, hours and seconds tick away; as nations around us and of our own soil plunder the Earth and fight wars, and as the demented capitalize off of the calamities that abound, let us remember the mountains; the air, the trees, the water, the life that surrounds us. Whether it be in the cities, in our parks, or the country- there is a life all around us that is bigger than we are – and no matter what you call it, it is fueled by something that is largely benevolent. We can deny it, but it’s there. Life is good, and we need to grab it fast with passion while we are here. This is our time, and our time in it. Let’s make it count! Have a happy summer and enjoy the new issue.