This film follows the descent of a man who longed for that little bit more, and got it. It’s a tale of desire, deceit, betrayal, violence and revenge. It shows how people can carry out dark deeds and let their judgment slip away as they stumble blindly from fatal error, to fatal error, to fatal error. In other words, it’s a story about what happens after you have sex with someone else’s wife. It’s claimed to be the best film noir since Body Heat and while I wouldn’t elevate it to so lofty a status, it’s dramatic and it’s thrilling and serves as a chilling reminder that when you’re in a hole, you really should stop digging. 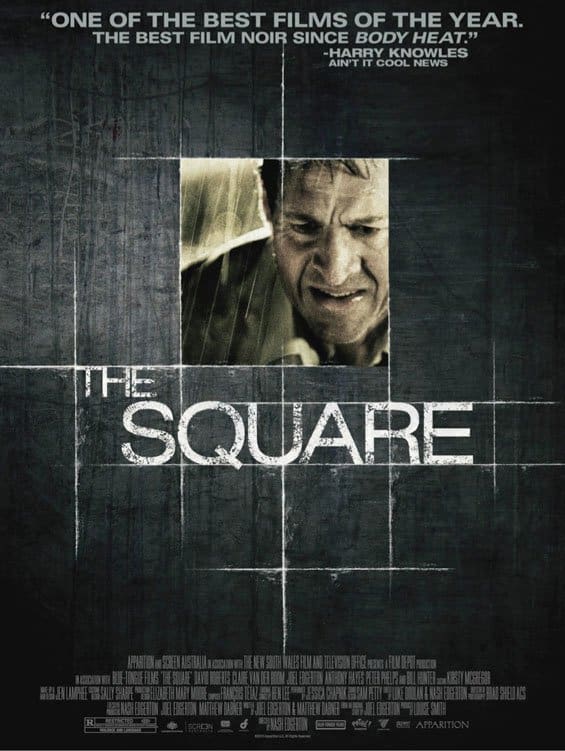 Ray is in a mundane marriage and Carla, his paramour, is married to Billy, who has tattoos, a limited wardrobe (just vests) and spends a lot of time knocking back cold ones with his brawny buddies. Billy is also a criminal and it’s the heist from one of these jobs that makes Carla believe she can have more than just an affair and as her desire grows so Ray’s will diminishes and the besotted pair encourage and support the other to make no more sense than they themselves are doing.

There are twists and turns and tension and horror and each time a way out appears it’s snatched away and our hero is sucked deeper into the mire and further and further from terra firma.

The plot is intricate and mostly well executed and the writer cleverly creates a major deceit that is the catalyst for Ray’s life spiraling more and more out of control. But as intriguing as this idea is, the revelation is thrown away when Ray’s boss steps in from nowhere, announces the resolution and simply gives Ray a ticking off.

Why would someone in as much trouble as Ray, for reasons that no one would sympathize with (apart from the odd billion people who have also committed adultery), confide in his boss, who he has no close relationship with? Secrecy has been paramount up until now and the scene where Ray actually approaches his boss was either never written or ended up on the cutting room floor, but it’s really hard to imagine what he could have said without revealing the list of crimes he has been racking up willy-nilly over the last few days. It would have been so much more satisfying to watch Ray unravel this mystery and watch him writhe in self-deprecation at the cruel twist that cheated him so well and so mercilessly.

The other issue I have is with the casting. Ray is pleasant looking but definitely nothing exciting or macho or sexy, so it’s hard to see what a young hottie like Carla sees in him. At first I thought it was money, which is not particularly admirable but adding the silver to the sex and using this as motivation is hardly a stretch, but these two characters being inextricably bound rather is.

Of course, not all movie stars have to be sexy (no, really) and it would be highly unintelligent to expect every Australian film to star a hero who wants to square up at the drop of a billabong, but Ned Kelly had it all going on and so did that guy who liked to fight reptiles bigger than him. And come to think of it, where on earth has he gone? Not on walkabout, I hope, looking for that little bit more.