The ‘other women’ of the world have enough bad press already and really need something to make them a little more sympathetic but, unfortunately for them, this isn’t a view that Natalie Portman shares. She stars in and produced a story about a callous mistress who, by the end of the movie, is so unlikable that we end up wishing her boyfriend had left her where he found her, languishing in the pit of the unclaimed.

Emilia (Natalie Portman) goes to work for Jack (Scott Cohen) in his high profile law firm. Jack is married to Carolyne (Lisa Kudrow) and they have an eight year old son, William (Charlie Tahan). Emilia is deeply attracted to her boss and flirts at every opportunity which finally pays off and her affair with Jack begins. After just a few months she gets pregnant, Jack leaves Carolyne and the two get married. 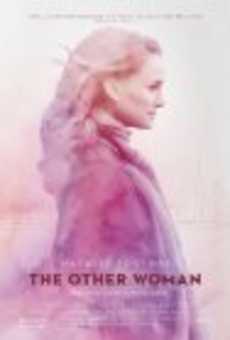 Emilia is impossible to relate to or like. She has no conscience about having an affair with a married man, yet vilifies her father for doing the same thing. She is irresponsible with William, but denigrates Carolyne for trying to protect her son. She actually gets a little psycho when her father bonds with William so obviously has a problem with seeing other people happy, which explains why she callously makes a play for Jack just after seeing him with his devoted wife and child. Even the romance between her and Jack falls flat. It’s whizzed through in snapshots, leaving us with nothing more than a vague impression and rather bemused that the filmmakers actually thought that they could montage love.

The intention of the writer is for us to dislike Jack’s wife, but the only enjoyable moments in this film are when Lisa Kudrow is on screen. The other woman might have taken possession of Carolyne’s husband, but the ex-wife is still very much in control and her venomous attacks on the insubstantial Emelia are delivered with such haughtiness and in such a casual manner that it’s hard not to stand up and clap.

This film has nothing to say and no attempt is ever made to justify the behavior of the other woman; in fact, this particular ‘other woman’ is quite amused to be known as the vixen who wrecked William’s home. But she really shouldn’t get too smug because, not only do leopards never change their spots, but when philanders marry their mistress, they also create a vacancy.