In 2003, Jasmine Plummer made history as the first female ever to play quarterback in the Pop Warner Football League. However, the competitive 11 year-old, not content just to cross the gender line, went on to lead her team all the way to the Pee Wee Division Superbowl.

Now, the talented tomboy’s real-life exploits are the subject of The Longshots, a sentimental bio-pic directed by Limp Bizkit frontman Fred Durst, of all people. The singer-turned-director brings Jasmine’s life story to the big screen as an against-the-odds sports saga which seeks to tug on your heartstrings at every opportunity. 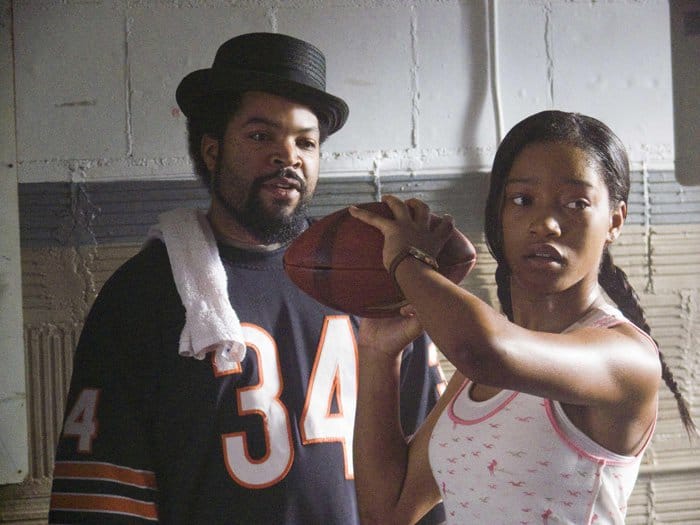 The film features Keke Palmer in a very familiar role as the same sort of spunky underdog she played in Akeelah and the Bee. But instead of spelling her way to the National Bee in Washington, DC, here her character accomplishes a series of equally-unlikely feats on the gridiron.

Jasmine also has innumerable personal obstacles to overcome off the field, starting with the trauma of abandonment by a father (Malcolm Goodwin) she hasn’t seen in five years. His conspicuous absence has, in turn, translated into less quality time with her exhausted mom (Tasha Smith) who has to work long hours at the diner to make ends meet.

Things are no better for Jasmine in the halls of Minden Middle School where she tries to make friends with members of the fashion club. The lonely social zero only finds herself mercilessly teased by mean girls who hand her a plunger to unclog bathroom toilets since her surname is a homonym for “plumber.” 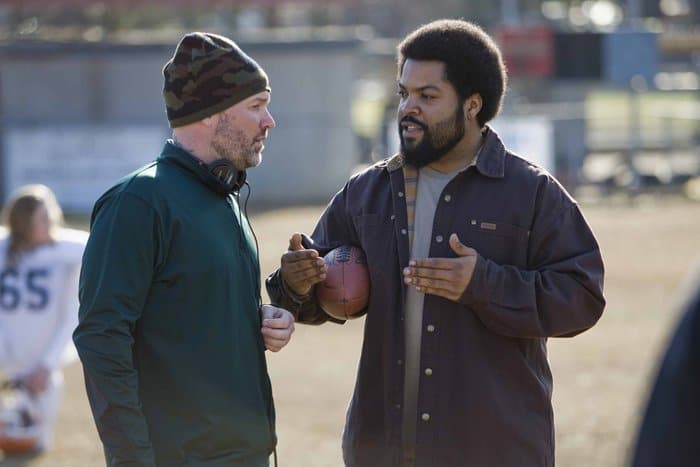 A blessing in disguise arrives in Jasmine’s Uncle Curtis (Ice Cube), a smelly, down-and-out alcoholic who walks around their blue-collar community cradling a football every where he goes. The former high school standout’s need to clean up his act conveniently dovetails with his niece’s for a father figure and an after-school activity.

Of course, it isn’t long before Curtis is teaching her to play quarterback, and putting her on an austere training regimen, ala the Karate Kid’s Mr. Miyagi. When his promising protege is ready, he encourages her to try out for the Browns, much to the dismay of the misogynist boys who respond to her presence with wisecracks like, “I’m going to knock her out of her training bra.” 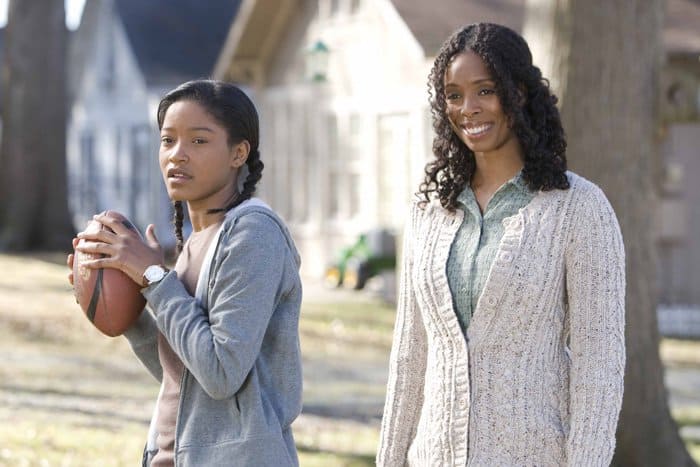 Nonetheless, in fast order, Jasmine’s ability soon wins first their respect, then the starting job, followed by a string of wins that takes the team to the title game. While The Longshots doesn’t have nearly the charm of Akeelah and the Bee, at least this well-intentioned variation on the theme offers as wholesome and moving a message likely to be appreciated by minors.

A pleasant, if predictable, tale of female empowerment ideal for the under ten set.