This is a pitch black idea. Had it been nurtured with realism and sprinkled with the minutiae of life, it could have made a dynamic tale. But instead, scenes and characters are drawn in broad strokes and what begins as an extreme idea becomes preposterous.

THE STORY
Two years previously, Dr Rachel Jane (Sigourney Weaver), was arrested for mass murder. At the time, she claimed the crimes were committed by one Frank Kitchen (Michelle Rodriguez), who absconded before the police arrived at the scene. As there was no proof that this character even existed, Dr. Jane was found mentally unfit to stand trial and committed to a mental institution. The time for a reassessment has come and a Dr. Galen (Tony Shalhoub) has been appointed to the task. He has his first meeting with Dr. Jane, when she insists that her original story was true. Until she admits Frank Kitchen is a figment of her imagination, she will remain where she is.

There are many ways to feed movie back-story to audiences. One option is for a character to relate the ‘story-so-far’ to a second character. However, this fails if it’s obvious the second character already knows what’s happened. It’s worse still if this information is delivered in a monologue. Unfortunately, both these latter scenarios apply to ‘The Assignment’.

It’s no surprise, therefore, that the first scene between Golen and Jane falls flat and the chemistry between them is at zero. I doubt we’ll ever see the likes of Hannibal and Clarice again, but the filmmakers could have at least tried. 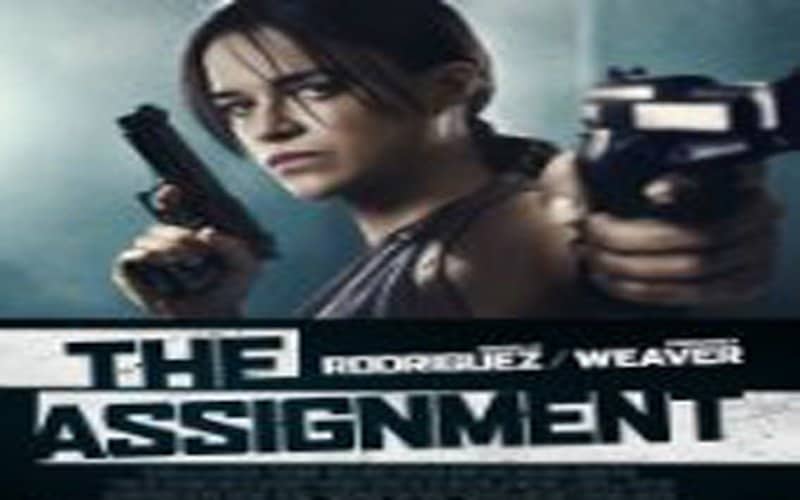 After this unspectacular intro, the doctors meet regularly and their sedentary chats are interjected with action-packed flashbacks to tell Dr. Jane’s tale. But when the camera cuts from the static to violent action, the moment jars. It’s not just a jump in time but also in genre and commentary is not enough to make the two entwine.

It’s difficult to connect with the three main characters, and they with each other. Dr. Galen is impassive, never sharing with the audience what he does or doesn’t believe. He also never tries to manipulate the prisoner in a quest for the truth.

For Dr. Jane, the stakes are huge, which should motivate her to convince Dr. Galen she’s telling the truth. But she makes no such effort and is practically casual in her approach. She also gives no insights into the man she accused of the murders, whose story this is, as much as it’s her’s.

If Kitchen’s meant to be an anti-hero, he fits the bill. He’s an assassin who kills for a paycheck. The writer’s lazy attempt at making him sympathetic by playing the ‘troubled childhood’ card is forgotten as Kitchen launches into his next killing spree.

A great director can never save a bad script, but a bad director can do a lot of damage, particularly if he puts style over story. This particular director shows a penchant for freeze-framing random scene ends and morphing the characters into a page in a comic book. It doesn’t get more stylized than that.

However, while holding the action for a few moments might work to heighten a comedic moment, it’s fatal in a thriller, when building tension is all. The more often it happens, the more irritating it becomes. It reminded me of the days when the VHR got stuck and we had to watch something on TV. If I’d been watching this at home, that’s very likely what I’d have done. Note to Director – this film wasn’t supposed to be about you.