Spider-Man Tackles Madman and His Own Demons on DVD 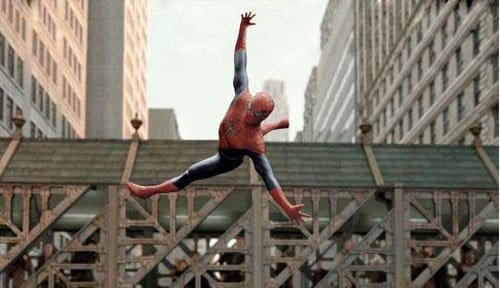 Mild-mannered Peter Parker’s (Tobey Maguire) private life has become an unmanageable mess in the two years since the fateful accident which left him a half-arachnid and both blessed and cursed with an acrobatic, altruistic alter-ego. For although his secret identity as Spider-Man has enabled him to help put plenty of bad guys behind bars, the constant interruptions of his daily routine to fight crime have taken a devastating personal toll.

Yet, what frustrates the increasingly introspective superhero the most is that his hope of ever dating the girl of his dreams has all but evaporated, because Mary Jane “M.J” Watson (Kirsten Dunst), has announced her engagement to astronaut John Jameson (Daniel Gillies). And it doesn’t help matters that the groom is the son of Peter’s boss, J. Jonah Jameson, the cantankerous curmudgeon who runs The Daily Bugle.

Thus, we see a Spider-Man in emotional crisis, a kid snared in an existential web spun of his own neuroses. To complicate matters, he must not only deal with his inner turmoil, but also take on an equally-unstable villain in head-case Dr. Otto Octavius (Alfred Molina).

Doc Ock is a researcher employed by Harry Osborn (James Franco), Peter’s longtime friend. Initially, because of his ability to balance happy home and professional lives, the doctor serves as a sort of role model for our protagonist. Octavius gives the lad the idea that one day he, too, might be able offset his work with a fulfilling love relationship. However, such thoughts are put on hold after an experiment with fusion theory goes horribly wrong, and the mad scientist loses control of his contraption and morphs into one terrifying adversary.

Your friendly neighborhood Spider-Man wrestling with demons, literally and figuratively.