Here is an overview of the martial arts drama Redbelt, and a conversation with the filmmaker, David Mamet:

Mamet is asked how he got into this movie, which is so different to his previous work. He also talks about betrayal and honor.

David Mamet, who helped put talk cinema on the map with his gabby screenplays, clams up relatively speaking with his latest movie, Redbelt, to weigh in for a change with a brawn over brains switchup. And the results for writer/director Mamet (House Of Games) are far more ordinary and less compelling. Especially when we’re referring to a guy with such a gift for wordplay, who essentially does himself in by setting the bar so high in the first place.

Chiwetel Ejiofor is Mike Terry in Redbelt, an LA Ju-Jitsu champ who has settled into a routine but personally fulfilling lifestyle as a martial arts instructor with his own modest storefront studio downtown. But a number of bad news events converge to shake up Terry’s life in major ways. Laura (Emily Mortimer), a rape victim in deep post-traumatic distress, shows up to apply for martial arts defense training. And Laura proceeds to freak over what she misperceives as a personal threat, shattering Terry’s costly plate glass shop window. 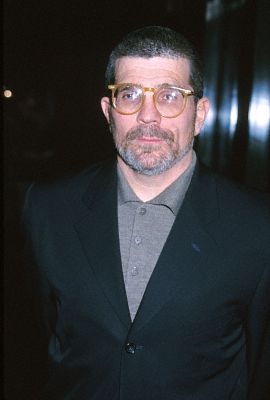 At the same time, Terry’s materialistic Brazilian born wife Sondra (Alice Braga) gets chronically grouchy over his failure to make big money, and she engages in some underhanded schemes to remedy that unsatisfactory situation. And while focusing on helping Laura reconcile with her rape trauma by showing her a few Ju-Jitsu tips to defend herself in the future, Terry’s under pressure himself to sign up for a big bucks fixed fight in a martial arts ring. But a determined though frustrated Terry is more intent on waging a different kind of battle ringside, to maintain his honor and dignity while eluding financial ruin.

A persistent weakness in Mamet’s otherwise mostly narrative gems, is his portrayal of women, if they even exist as more than ciphers for male angst. Such is the case more than ever in Redbelt, as Mamet’s two primary female characters, while shoved into the background, are a dragon lady spouse preying on a victimized Terry, and Mortimer’s rape victim whose ultimate function is to comfort her male savior. Additionally, Laura’s own story as a woman shattered by sexual assault, is a tragically stunted narrative strand which gets lost somewhere in the midst of all the rather trite macho torment and fury front and center stage.

Aside from the fact that it’s never a good sign when a keen interest in a particular sport dominating a movie is a must, we’ve seen this tale of the virtuous gladiator encircled by ruthless, greedy wolves in countless such sports movies before. And Redbelt has little to add to that outworn genre, aside from a little novelty to be gleaned from the relatively unfamiliar exotic world of global martial arts competitions, along with Ejiofor’s exceptional performance. Mamet needs to lay off such obvious fixations with personal hobbies in the future, and keep his focus away from athletics and back on the juicy storytelling that has marked his stellar career.