Despite a big budget, a star cast, an A-list director and an established writer, this thriller is more like a so-so B movie than a vehicle to launch Jason Statham’s solo career. An action-centric trailer might initially pull audiences in but, with nothing more to offer than a gun-crazed killer, interest will wane, and this crime flick will be on its way to the DVD graveyard.

Parker (Jason Statham) is an infamous figure in the criminal fraternity. He is also a colleague of Pete (Nick Nolte), whose daughter, Amber (Alyshia Ochse), he is dating. For his latest job, Parker teams up with four others, and their plan is to rob a bank for a bounty of $1 million. The heist is a success, but then the head honcho tells Parker he wants him to reinvest his $200K share in another robbery, this time to steal millions of dollars of priceless jewels. Parker refuses, so he is shot and left for dead by the side of the road. His body is discovered, he survives his injuries, and he quickly plans his revenge. He is going to hijack the jewels himself, once they have been stolen by the men who betrayed him. He travels to Florida where he meets Leslie, (Jennifer Lopez), a local Realtor, who becomes his partner in crime. 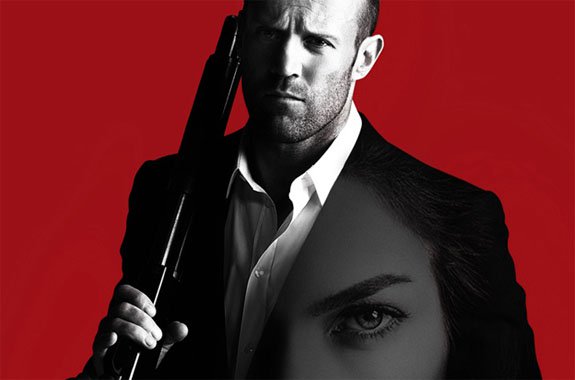 There are a bevy of characters in this film who pop in and then get quickly dispatched, apparently for no better reason than so Parker can move onto his next conquest. The love interest, Amber, seems to be there just because Parker needs to have a girlfriend, and she becomes story baggage once Lopez makes her appearance. The same can be said for Nick Nolte’s character and, when Lopez introduces us to a love interest of her own, the theme and story are so compromised, the only thing left clear is that this film has no idea what it’s about.

Obviously, given the title, Parker needs to be an alpha male, dominating the scenery and encompassing every moment with his omnipotent presence. Unfortunately, Statham never measures up and, despite being given super-human combative skills, his image remains non-specific. An attempt is made to make him complex, by getting him to recite clunky dialogue that claims it is his ethics that are his prime reason for wanting revenge, and not the millions that he stands to gain. However, these platitudes don’t transcend his actions, so they fall on stony ground.

It’s possible the filmmakers thought that, because Parker only murders bad guys, that would be sufficient to endear him to the audience as an empathetic anti-hero. Unfortunately, that possibility is eradicated when, in amongst the spree killings, he orders the execution of three men in cold blood, just to guarantee his liberty. This not only demonstrates a chilling disregard for human life, but it also rings the death knell for Parker et al, and not just the guys with a bullet in their back.